I PARTICIPATED IN A 4-DAY DEVISING WORKSHOP…

Home > blog  > I PARTICIPATED IN A 4-DAY DEVISING WORKSHOP… 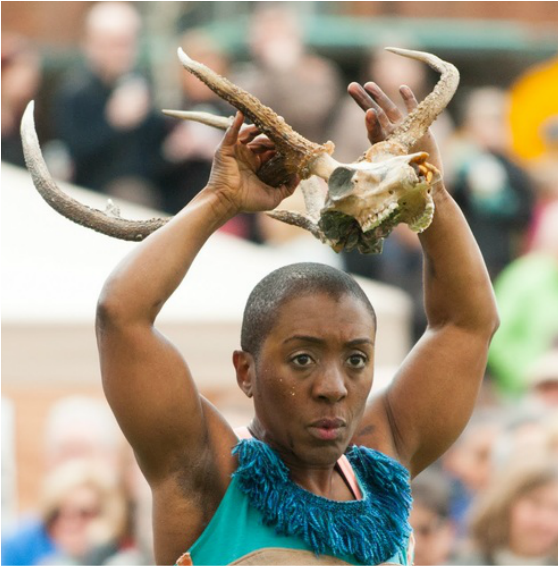 14 Mar I PARTICIPATED IN A 4-DAY DEVISING WORKSHOP…

Posted at 12:09h in blog by Mimbre 0 Comments
0 Likes
Share
This is a guest post by Alison Halstead. Alison is a Mimbre Associate Performer, and a British-born, American-raised, professionally-trained actor. This article originally appeared on her blog 4 foot 6, on 5th December 2016.
​– one of several workshops for d/Deaf and disabled actors, hosted by a major U.K. theatre.

Some years ago, a disabled actor wrote to this Very British Institution, asking why there were no disabled performers on its stages.The workshops were, in part, a direct response to the awesomely direct, initial question.

I was excited and nervous to be included.

I have never identified as disabled.  And there is a language and politics around and about disability that I do not speak nor do I know.

During the table discussions I was mostly silent. During the devising periods, I was in my head.

As an audience member going to see work at this Internationally Renowned Theatre, what always struck me was the lack of ethnic diversity.

And that was my entry into the conversation around equal representation: do I see my black, female self on this theatre’s stage? Hardly ever.

I have never thought to ask: do I see my black, differently-sized female self?

Maybe, because my view is too narrow?  Focused on ethnicity, mostly?
Maybe, it never dawned on me to refine the question?

I shared with someone connected to the workshop that I didn’t believe I was going to work at the theatre, because the institution had to first deal with its race issue.

In speaking those words, it took me a few days to realize that I hadn’t factored in my own skin color.   The bottom line: I was in the room…in the workshop… because of the disability issue. Not because of the race issue.

Oh, the compartmentalization. And, the intersectionality?

In the mainstream, and the seeming ‘hierarchy around diversity,’ colour trumps disability.  Rightly or wrongly. And this theatre was only now starting to investigate the issue around ethnic diversity. Not just with the actors onstage, but also the stories that were being told.

If I was to ever get hired it would be first as a disabled actor before it would as a black actor. I think. And no way, it seems, can equal representation be investigated all at the same time.  It feels like either…or…

Hey, Known Theatre (et al), I am open and ready for the continued investigations around diversity.

Should it get scary, new territory, we can be there for each other.