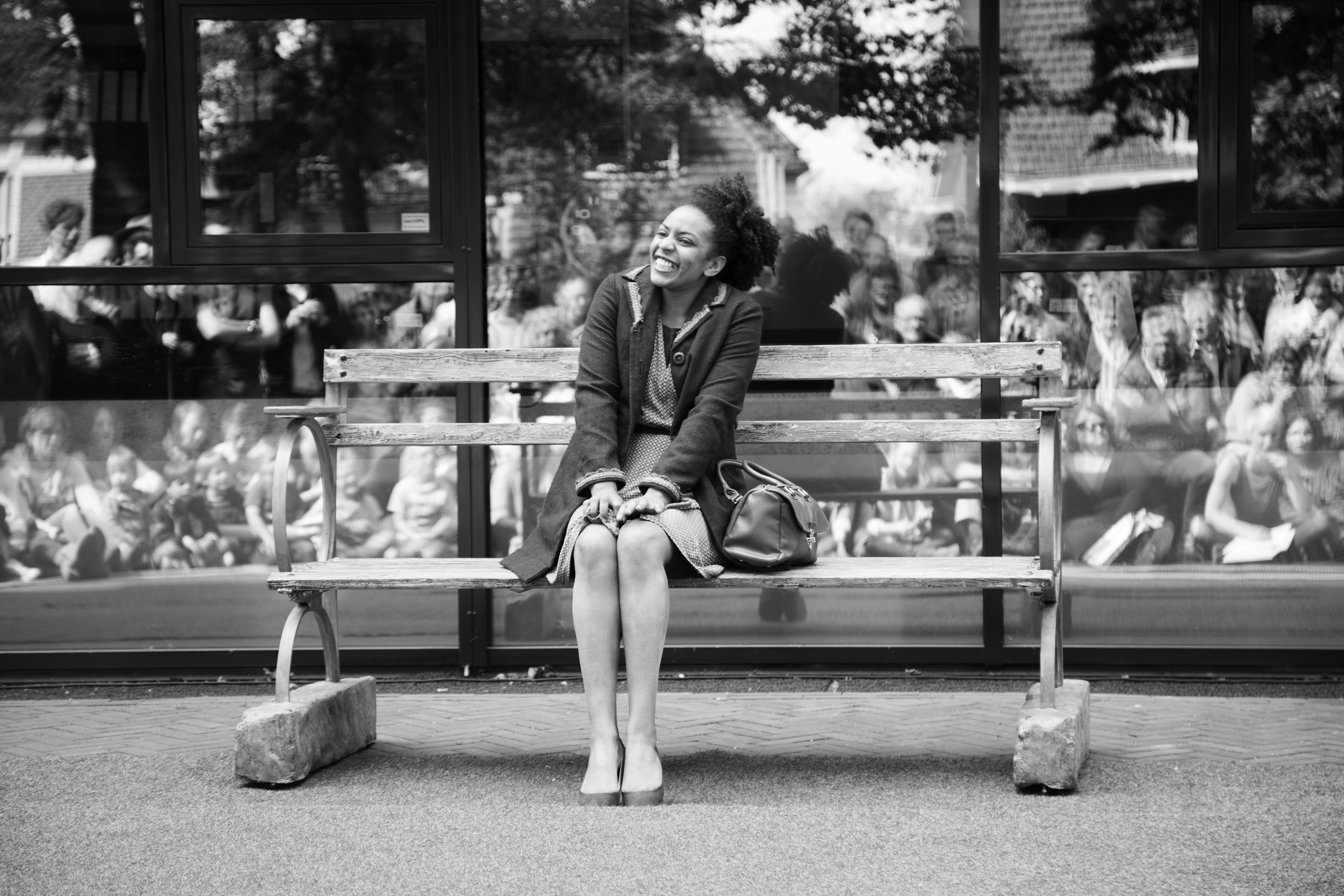 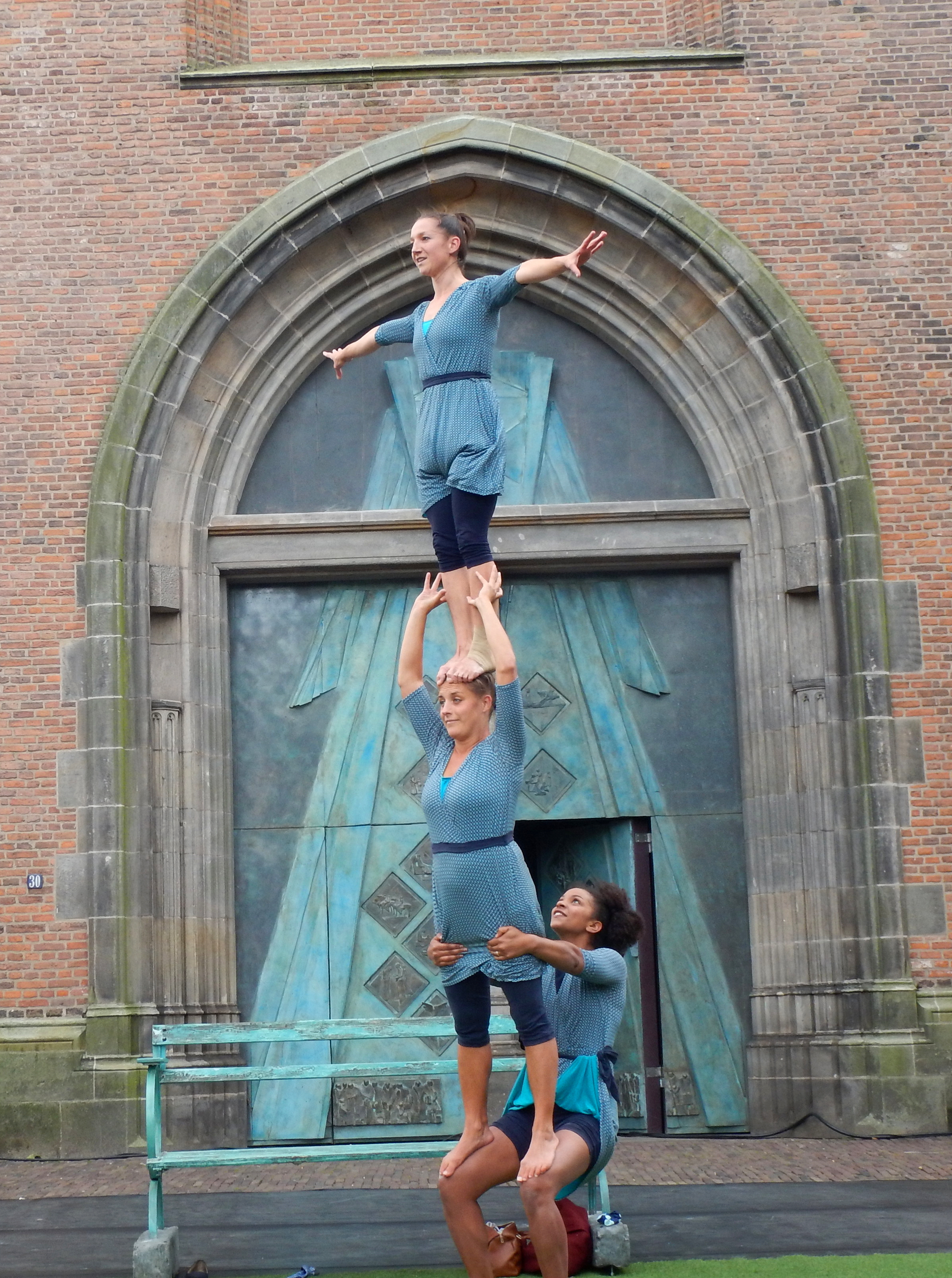 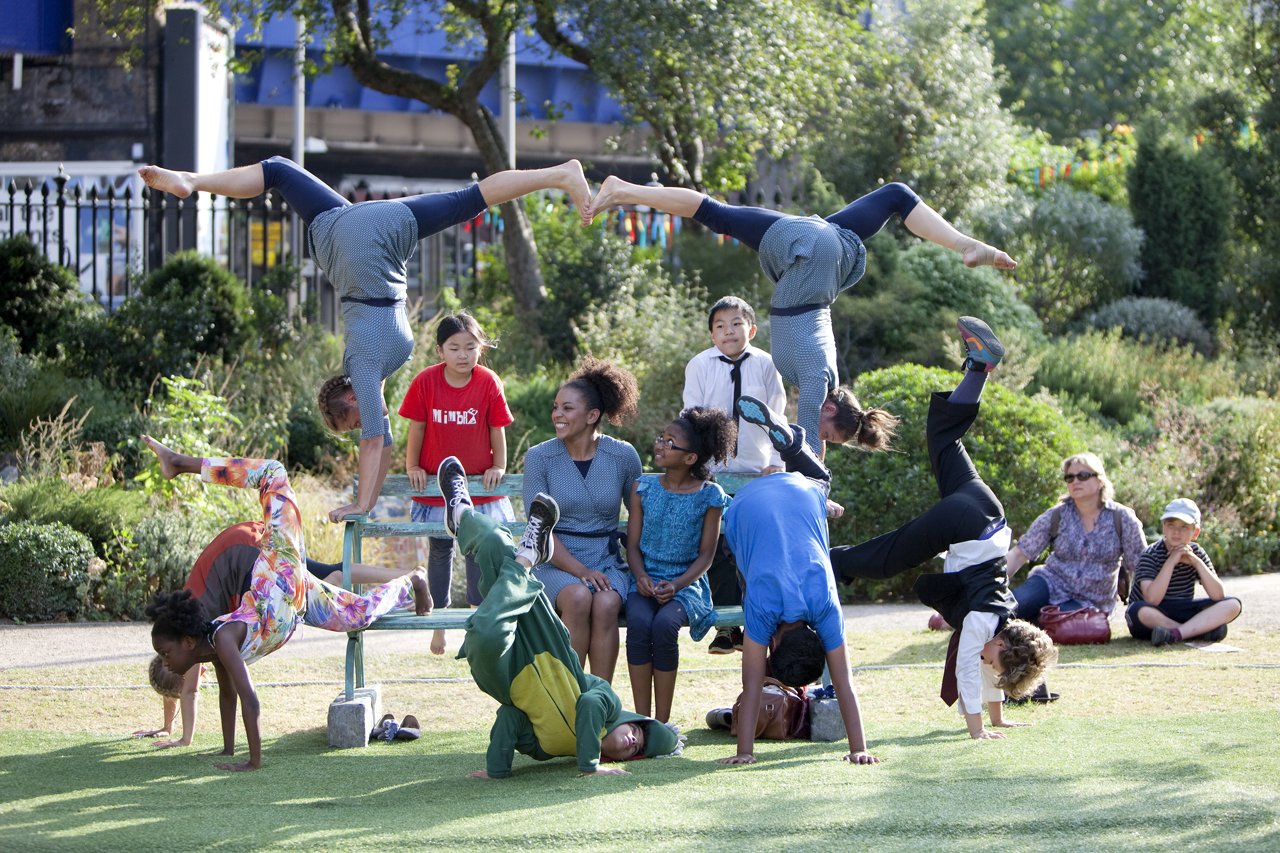 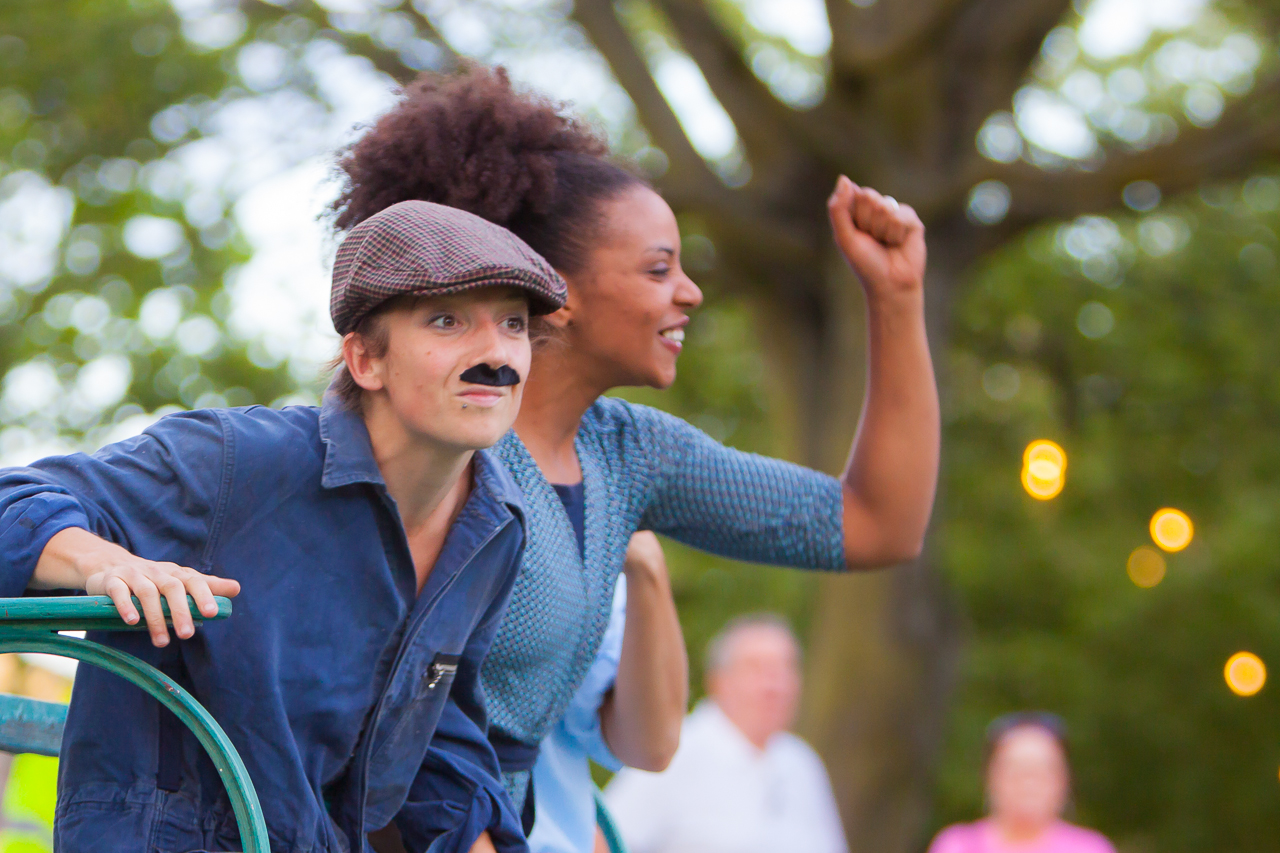 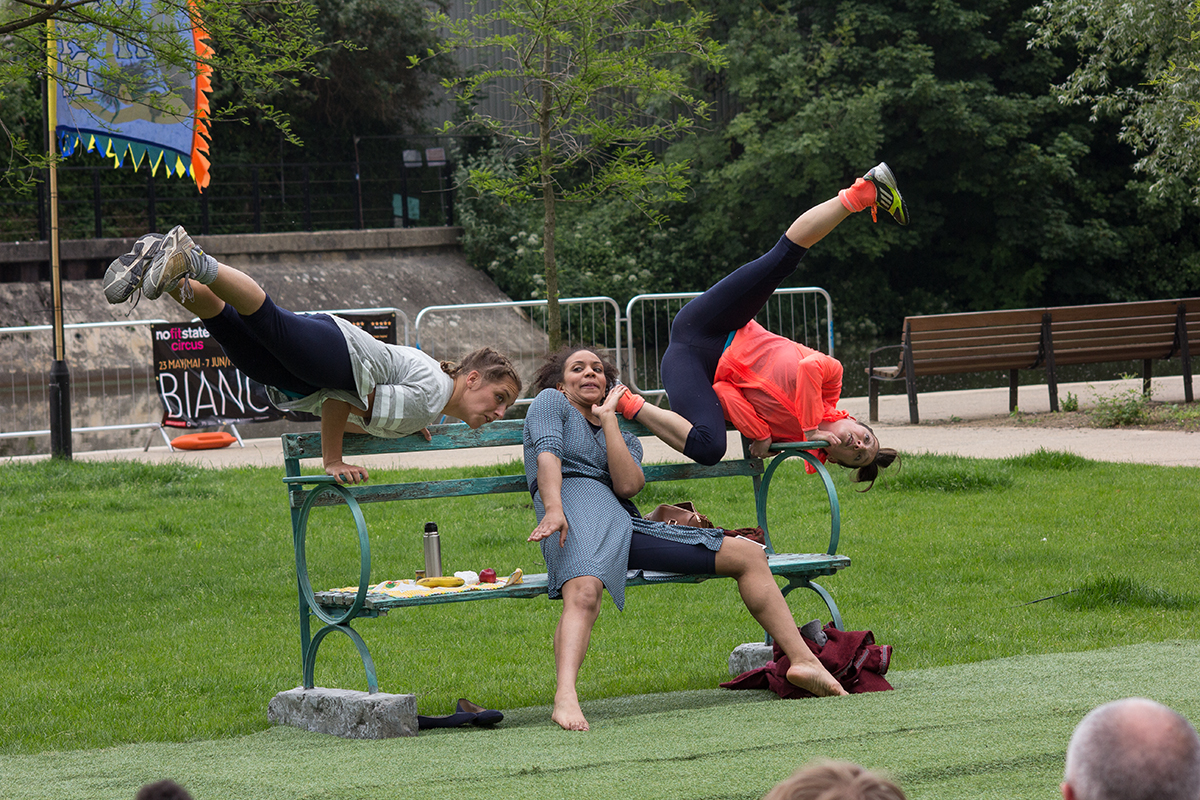 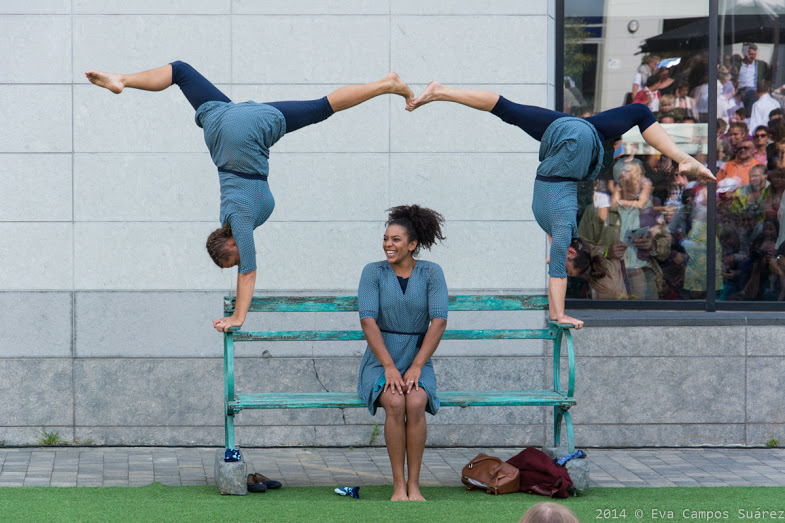 A woman sits on a bench and watches the world pass by….

Bench is a small and beautiful acrobatic performance about the everyday theatre and dance of life. Loneliness and happiness, bag-ladies and runaway brides, spell-binding moments mixed with the comic and ordinary – a reflection on who we are and how we connect with others.

‘A deceptively simple but highly skilled show [with] terrific moments. The acrobatics are performed with real grace and skill by the cast of three quick-change female artists in a wittily choreographed show that turns the limitation of public space into a virtue, and invites the audience’s complicity. It never takes itself too seriously and is all the better for it: small but very nifty.’  Lyn Gardner, The Guardian

‘Awe-inspiring. Revelatory use of space and the brain and muscle power of three people. Poetry, humour, human emotion, and a moustache thrown in for free.’

‘It’s very touching. I feel like joining the journey of the lady on the bench. I can taste the loneliness and the happiness at the same time.’

‘You were fantastic, awesome, phenomenal!’

‘Absolutely spell binding! I was SO moved. I laughed and I also found it profoundly sad too. Beautiful acting, dance, humour, and acrobatics.’