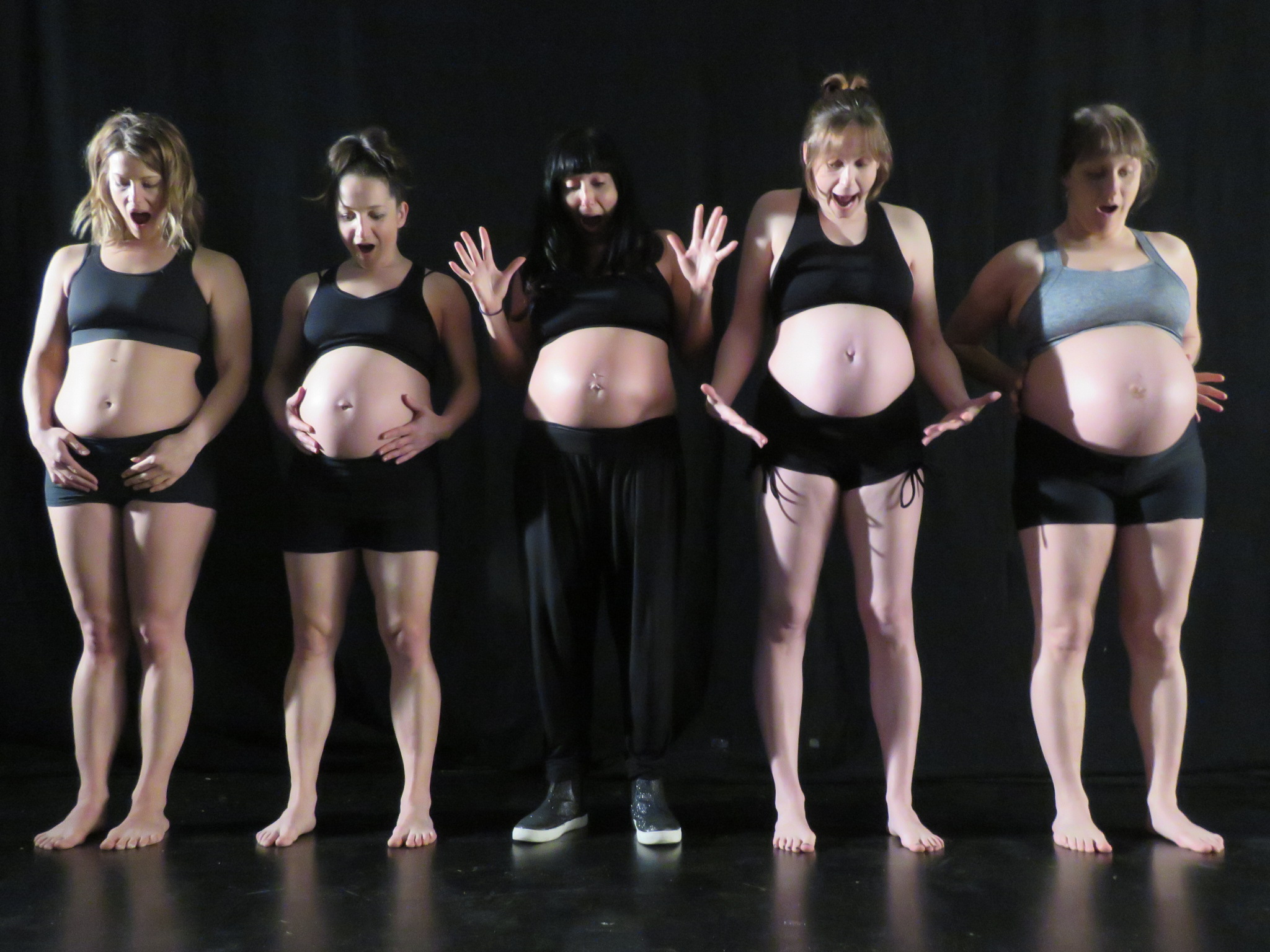 Mimbre have once again teamed up with filmaker Arthur Le FOL to create our latest short film. BUMP challenges and deconstructs social expectations around people’s bodies during pregnancy. Joint artistic director Silvia wanted to show how pregnancy and movement can happily coexist. BUMP celebrates pregnant people’s bodies, and dispels the myths that movement in pregnancy is always a danger for parent or baby.

Silvia, who came up with the idea for BUMP during her pregnancy with her second child, said: “I felt that as a professional acrobat this was an important and rare moment to catch and I wanted to celebrate this and get other performers involved to share their experiences too. Pregnancy is a very vulnerable and yet powerful moment in a woman’s life, and especially as physical performers, we often encounter lots of challenges and judgments from random people telling us what we should or shouldn’t do with our pregnant body. As well as dealing with all the physical changes, you suddenly also have to deal with everyone else thinking they know what’s best for you.”

Silvia then approached Arthur with the idea, although for him it was not a straight-forward decision. He said: “When Silvia came to see me and we discussed the potential of making the film, I was having (and still am) a really difficult time with pregnancy, experiencing my second miscarriage in a row with my wife, so pregnancy was the last thing I wanted to film to be honest.”

However, after having some time to think and discuss it, Arthur decided it was an interesting and necessary subject, and that his personal experiences would bring sensibility to his approach to the project.

“Everyone has their own story when it comes to pregnancy and hopefully this film will encourage us to be more open to share and talk about those experiences,” he said.

Silvia is joined on screen by pregnant circus performers Rebecka Nord, Kate Edwards and Zoe Jones, and dancer Natasha Khamjani. They are all excited to be involved with the project, as they too have noticed that once pregnant, people all of a sudden feel free to comment on what they are choosing to do with their own bodies. BUMP celebrates the beauty of pregnant bodies, in all shapes and forms.

Just seven months after filming, and while breastfeeding their new babies, both Silvia and Rebecka performed as part of Dream Parade, Mimbre’s performance for the Dior Haute Couture show at this year’s Paris Fashion Week. Lina Johansson, co-artistic director of Mimbre with Silvia, who choreographed the performance said: “At Mimbre, we are proud to support working parents, and think that being open to their needs is at the foundation of our aims to promote gender equality across the arts.”

BUMP is available for viewing at: www.mimbre.co.uk/bump