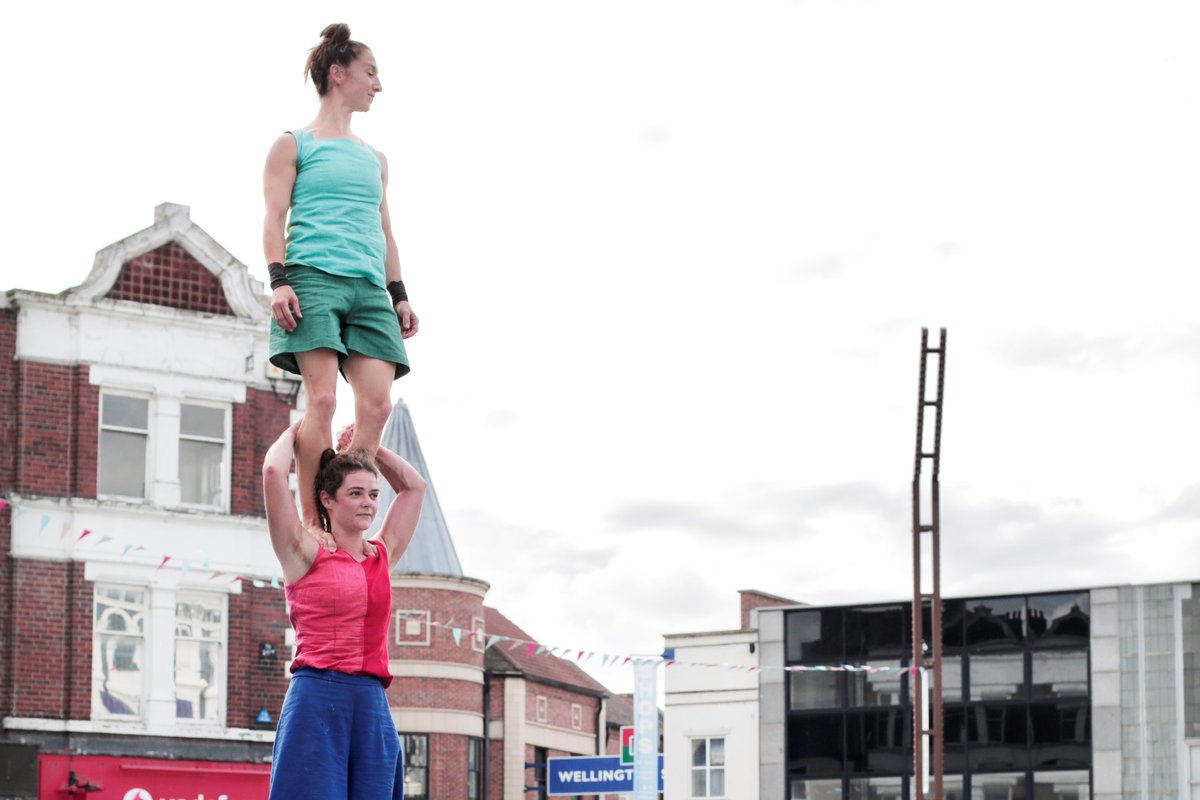 We were invited to speak at this open conversations by XTRAX and we’d love for you to join if it would also benefit your touring research and efforts. This event will be an opportunity to hear from The Show Globe and us –two outdoor arts companies- after having just crossed the Channel to perform at the fantastic showcase festival De Gevleugelde Stad Ieper 2022 / City of Wings Ypres 2022 in Belgium.

Silvia Fratelli is one of the founders and joint artistic director of Mimbre. The company was established in 2000 and has produced and toured acrobatic performances since then. As well as a performer and creator, Silvia has acted as the manager for the company’s international bookings and tours logistics and has established strong links with some of the main European Street Theatre Festivals and organizers. She leads their research into optimal training. Silvia was on the steering committee for One Dance UK’s first Hip-Hop and Circus Conference and curated the first UK Acrobatic Symposium in collaboration with The National Centre for Circus Arts, London. She also works as an acrobatic and acro-balance teacher, choreographer and consultant. She speaks Italian, English, Spanish and French. In the April 2022 session, Silvia talked about her experience of performing with Mimbre at a showcase festival in Belgium, travelling via Eurostar with minimal props and equipment.

Nikki (performer) and Tim Kennett (technician) are the creators of unique roaming act The Show Globe. When touring U.K and EU festivals, the structure is transported whole inside a custom-made trailer towed behind a van. It has also been performed in Japan, China, Russia, Kuwait and the UAE, where it has been dismantled into 10 standard suitcases and flown as hold luggage. They are happy to share their experiences of ATA Carnet creation and border crossing. Before The Show Globe, Nikki had been performing for 20 years as an acrobat before eventually breaking whilst on tour with her street theatre company Strictly Dumb Prancing in Australia. Tim has worked as a pyrotechnic for various companies as well as stage crew and technician for the large outdoor pyro circus show BrightFX, which is where they first met. In the April 2022 session, Nikki and Tim talked about their experience of performing with The Show Globe at a showcase festival in Belgium, travelling in a van with a considerable amount of equipment, and offered advice on the ATA carnet process.