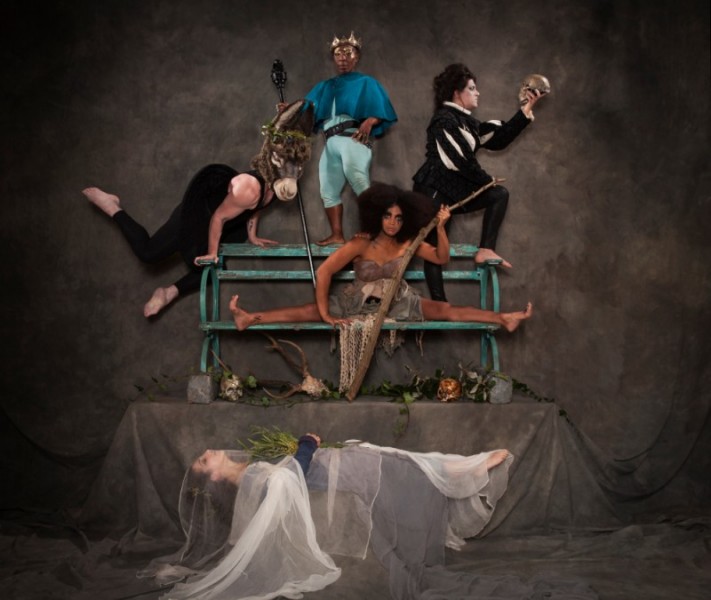 Royal Shakespeare Company Stratford commissioned Mimbre to create a special one-off performance celebrating 400 years of Shakespeare’s legacy.The show will be performed twice on the grounds of the Royal Shakespeare Theatre in Stratford-upon-Avon on 23rd April

Utilising the dramaturgical structure of Mimbre’s performance Bench, the work will take a playful approach to the notion that any of Shakespeare’s characters could walk into us at any time or place. They are well-known characters in unexpected encounters – as though the ghosts of The Swan Theatre have all come alive and decided to go for a walk in the park. Wondrous Strange will be an outdoor acrobatic theatre piece, utilising visual language, movement and no spoken text.

The show will feature a cast of 6 performers who embody a large number of characters, so the performance will include a large number of costume changes. In addition we will create a hanging display of costumes/props from a protected tree on the Council’s grounds on Bancroft to form the backdrop of the show.

Mimbre is seeking an experienced individual to manage rehearsals, actors, technicians, props and costume fittings, and liaise with front of house staff, designer and the director.

Click here for more info and details on how to apply.

Deadline on Thursday 28th January at 10am.