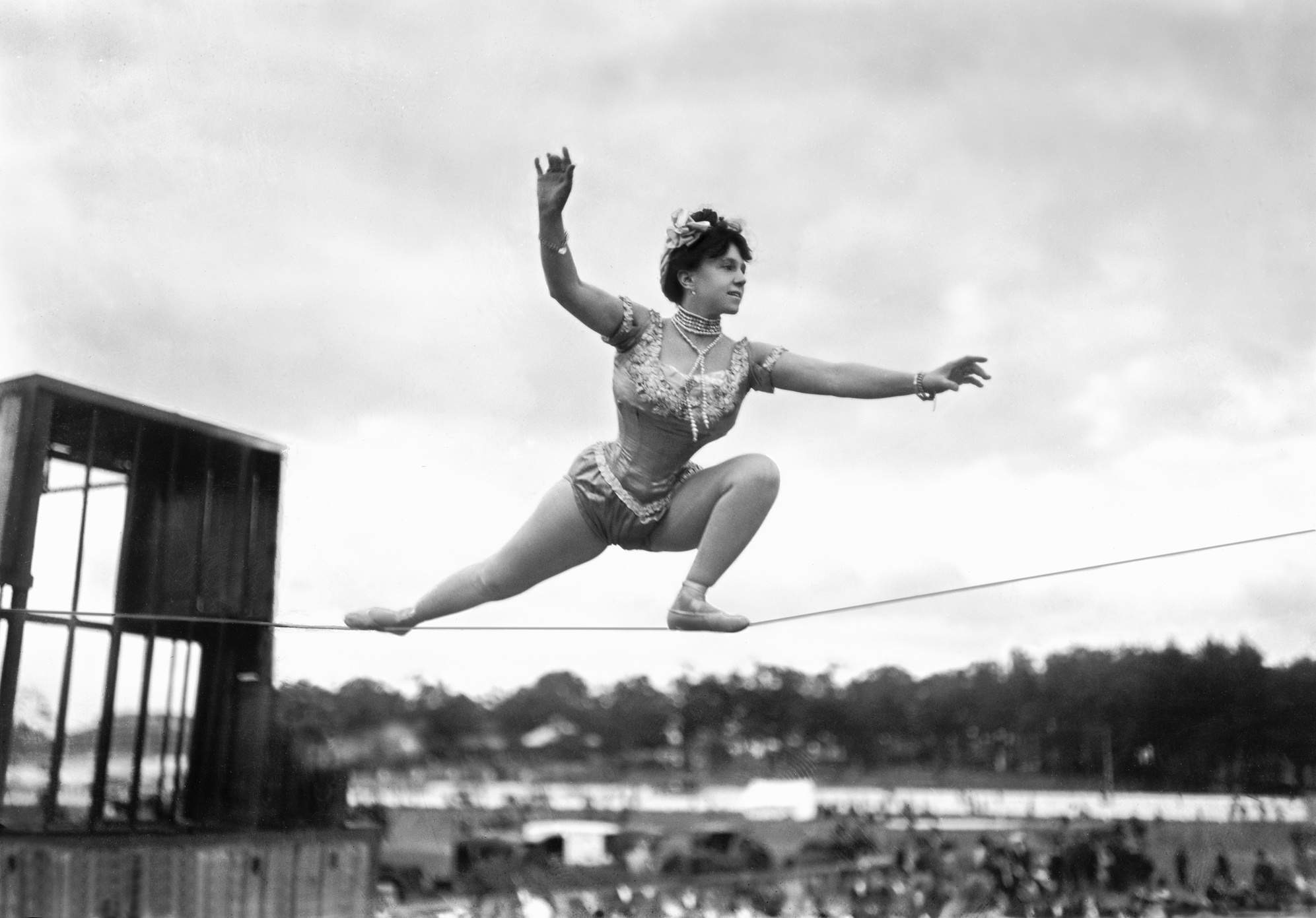 – Hélène Cixous, Laugh of the Medusa

Historically, the circus has ever been a liminal space, operating on the fringes of society, outside the norm. To enter the Big Top was to enter an alternative paradox: it was a world that was not limited by the restrictions that governed a conservative society and yet, being a source of family entertainment, was endorsed and endowed with respectability. It was a space where women were put on display, often in scantily clad costumes to reel the punters in, but these were no fainting sweethearts, suffering constraints. The real attraction lay in the risk and daring of the feats they performed, occasioned by sheer talent and physical strength, the result of hard graft, and as such they held respect.

The first circus female circus performer in a ring, as we know it, was equestrienne Patty Astley, wife of Philip Astley. Back in 1768, a fact that will be celebrated across the UK next year on its 250th anniversary, the Astleys’ sawdust ring was set up for riding tricks – 41 feet in diameter providing the optimal circumference for horses to circle – with acrobatics, juggling and clowning typical of travelling fairs brought in to cover the changeovers. Patty was legendary for having a swarm of bees covering her hands and arms like a fur muff as she galloped round the ring. While her career was curtailed by the arrival of her first, and only, child, her example spawned generations of circus strongwomen, who found in circus life a means of gaining financial independence and empowerment.

The world’s first career women were therefore a great model for female emancipation, harnessed by the suffragette movement to dramatic effect. For example the circus equestrienne Josie DeMott Robinson in the US would rear up on her horse at rallies. And in a novel way too, this idea caught the imagination of author Lucy Ribchester in “The Hourglass Factory” in which suffragette trapeze artist Ebony Diamond flies down from the rafters with a banner in her teeth to interrupt a speech by Prime Minister Asquith. So impossible, and yet so utterly believable.

In this month celebrating women’s history, the myths and realities of the circus strongwomen, horse-riders and trapeze artists, their stories still in the making, are memorable lessons in how a body unfettered engenders a powerful voice, both in fact and fiction.

This is a guest post by Lucy Van Hove. Lucy is a formidable circus blogger and you can read more of her work on her blog Lucy Loves Circus.