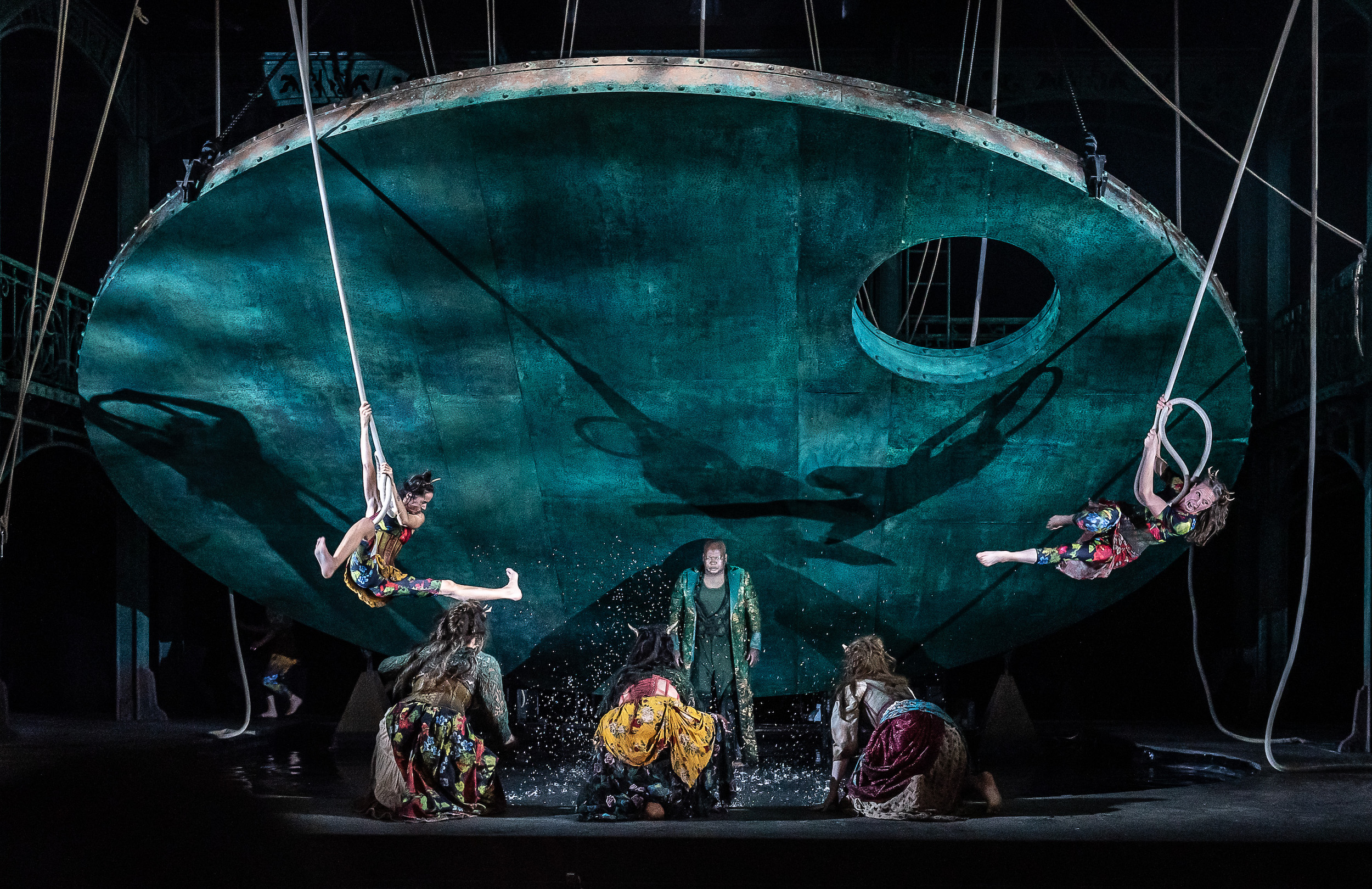 Wonderful reviews of Garsington Opera’s Rusalka! Mimbre’s joint Artistic Director, Lina Johansson, worked on Rusalka as its circus choreographer, bringing in the stunning visuals and strength of acrobatics and aerials!

Read from some of the reviews:
Five stars from The Stage: “His [dir. Jack Furness] approach focuses on the essentials of narrative, character and situation. With the assistance of circus choreographer Lina Johansson and her team of aerialists and acrobats, plus Fleur Darkin’s choreography and some extraordinary work from the three mellifluous wood-nymphs – Marlena Devoe, Heather Lowe and Stephanie Wake-Edwards – the audience is transported to a supernatural realm.” George Hall
Read the full article: https://www.thestage.co.uk/reviews/rusalka-garsington-opera-antonin-dvorak-douglas-boyd-natalya-romaniw-review

Five stars from Bachtrack: “Ropes dangle from the ceiling, initially used by nymphs for wild and joyous dances (spectacularly created by circus choreographer Lina Johansson, they amp up the ‘wow factor’).” Dominic Lowe

Four stars from The Telegraph: “However much Rusalka is a warning in the guise of a fairy tale, Furness still favours clear story-telling over the psychologically penetrating insights of some past productions. There is a fair amount of spectacle thanks to the choreographers Fleur Darkin and Lina Johansson, and the family of Rusalka’s wood-nymph sisters is expanded into a troupe of trapeze artists.” John Allison
Read the full article:https://www.telegraph.co.uk/opera/what-to-see/rusalka-garsington-opera-review-natural-beauty-heart-steel/

Shout out to the talented aerialists and acrobats on this: Sophie Earl, Lauren Jamieson, Victoria McManus. Sophie Northmore, Helen Parke and Lisa Whitmore