Roll up, Roll up! 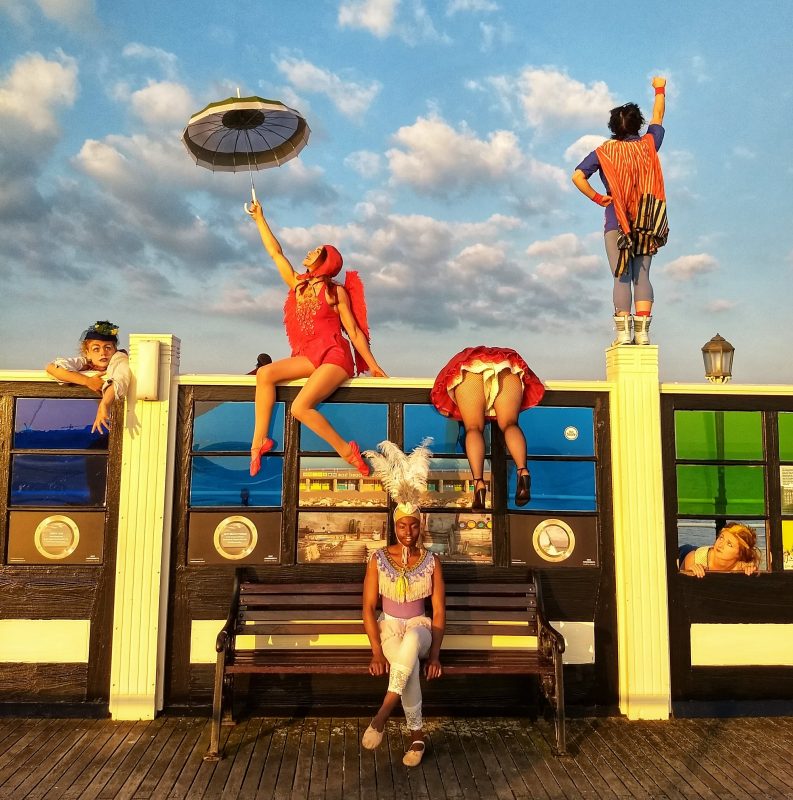 Roll up, Roll up! The circus is coming to town and you’re invited to meet the characters from Mimbre’ new show The Exploded Circus.

The show opens into the moment where an explosion has been frozen in time, the remnants of a big top caught mid-air – with everything from circus ring, sequins and fairground horses suspended above ground.

Featuring a breath-taking mix of acrobatics, surprising aerial feats, and masterful juggling, The Exploded Circus weaves a story told without words, where six female performers have to work together to make sense of this changed world and create a new normal. With striking imagery and playful humour, the show explores themes around change, hope and belonging.

As we eagerly prepare to bring the show to The Lowry on Sat 16 & Sun 17 June, we would like to introduce you to our cast and characters to give you a taste of what’s to come.

Grab a chair, sit back and meet the wonderful characters that live within The Exploded Circus. 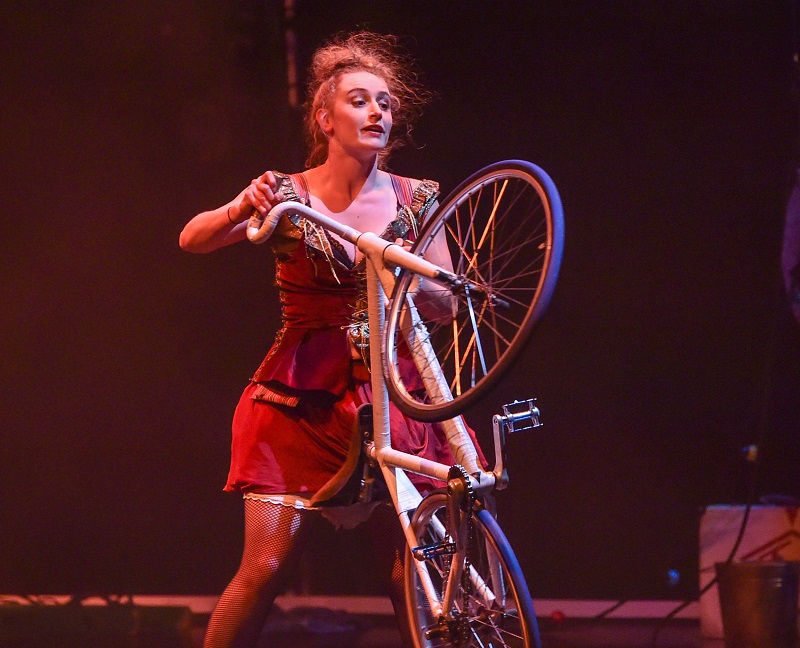 Character Background: Born into a non-circus family, Madame Ringmaster married the Circus’ Director. He had promised her a starring role in the Big Top however, ended up running the Box Office. She’s become a little bitter from not having fulfilled her dream yet frustratingly being so close to the action. Maybe after the Explosion Madame Ringmaster can finally fulfil her dream and perform?

What did she do in the Circus: Box Office and merchandise.

How was she involved in the Explosion: She’s got nothing to do with it.

Favourite animal: Cats. She has one, Monsieur Claude (not harmed during Explosion). 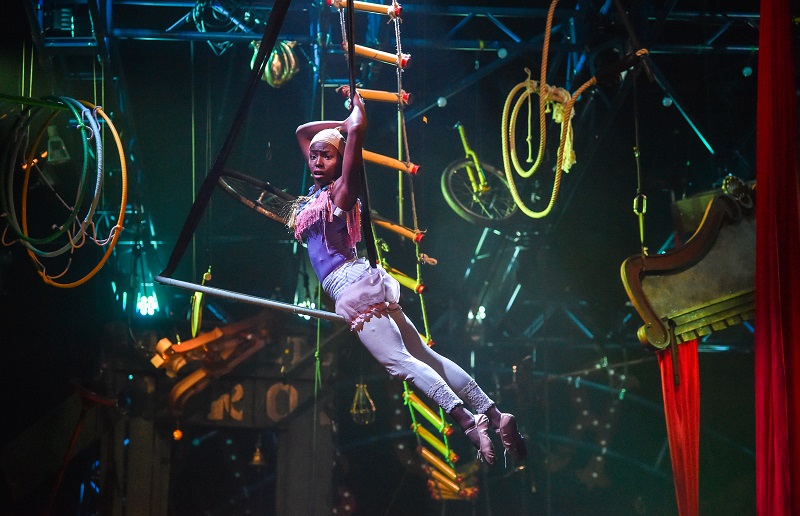 Character Background: Antoinette has always been in awe of the circus. Not having trained as performer, she willed her way into a circus job as Show Girl. She too wished she could scale the Big Top and dazzle audiences with her grace. Similarly to Madame Ringmaster, maybe the explosion is the catalyst she needs?

What did she do in the circus: Showgirl and assistant to the Ringmaster.

How was she involved in the Explosion: She was not involved. At the time of the explosion she was secretly practicing some of Irene Vorex’s act backstage. 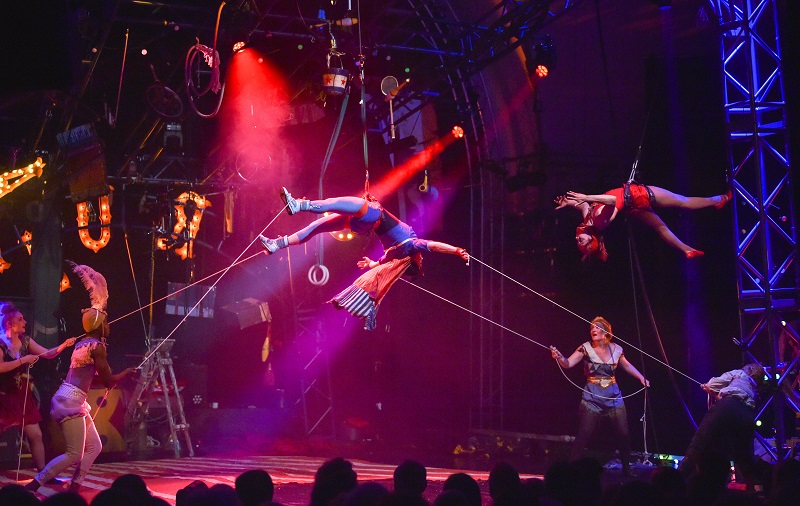 Character Background: She is the quintessential circus baby, born to an Irish Gypsy mother and an Italian Acrobat father. She is an extremely talented aerialist and innovator but somehow naively still looks up to the renowned Irene Vorex who has graciously offered to take her under her wings (as long as Carol Etha doesn’t outshine her). Innocently oblivious to backstage politics, Carol’s only care in the world is to fly, one way or another.

What did she do in the Circus: Budding aerialist, flight enthusiast.

How was she involved in the Explosion: She may have been trying to launch herself from the canon, some speculate this is the cause for the Explosion.

Favourite animal: Rabbits. She never had one unfortunately, she’s only ever lived in a wagon. She likes to go on walks outside to look for them. 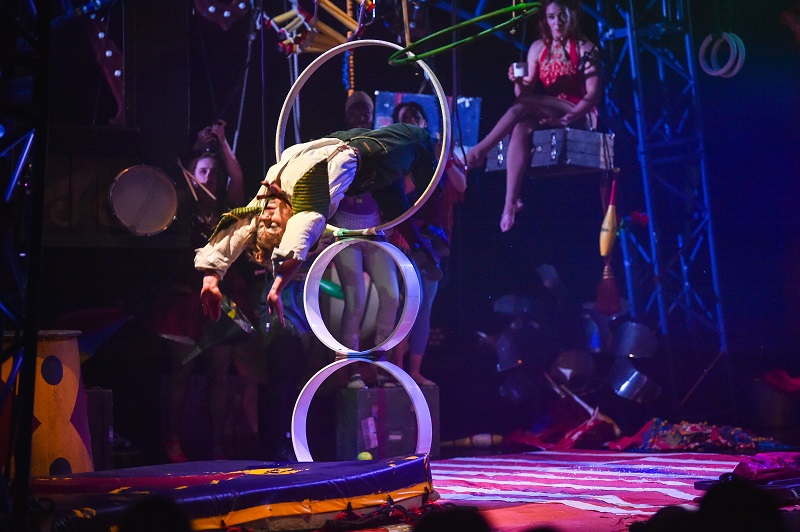 Character Background: Lady Baz has always been there in the circus. A real veteran. Her great uncle was the greatest Ringmaster that ever lived until his untimely death (an elephant sat on him). She wants to be like the glamorous performers, the aerialists, but… she’s a little bit clumsy as such she was the clown and a little disregarded by her fellow circus people. Will she take the opportunity to re-invent herself after the Explosion?

What did she do in the Circus: Clown.

How was she involved in the Explosion: One thing is for sure, if she had been there she might have been able to prevent it.

Favourite animal: Ostriches. She loves them. They inspire her, she emulates them, hence her excellent posture. 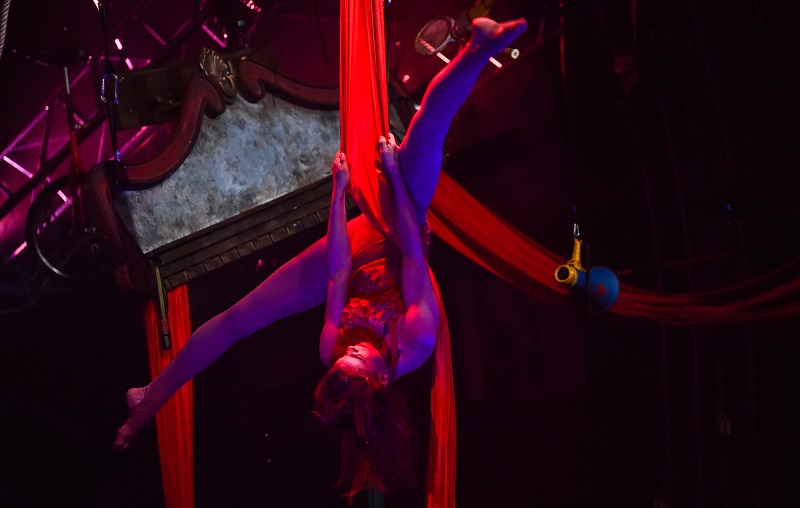 Character Background: If you’ve never heard the name Irene Vorex then you must be living under a rock. She’s the greatest aerialist that has ever lived, at least that’s what she thinks. Don’t try getting in her way or wasting her time, she has a very short temper and a very big ego. She’ll only stop and listen if you are singning her praises. How will she cope once the fame and glory have disappeared in a post-Explosion world?

What did she do in the Circus: Aerialist extraordinaire.

How was she involved in the Explosion: Irene is too busy rehearsing, performing or basking in glory to notice catastrophic events (as long as there was no damage to her costumes). Where’s the stage hand anyway, Miss Vorex needs a cup of tea!

Favourite animal: She does not care for animals. 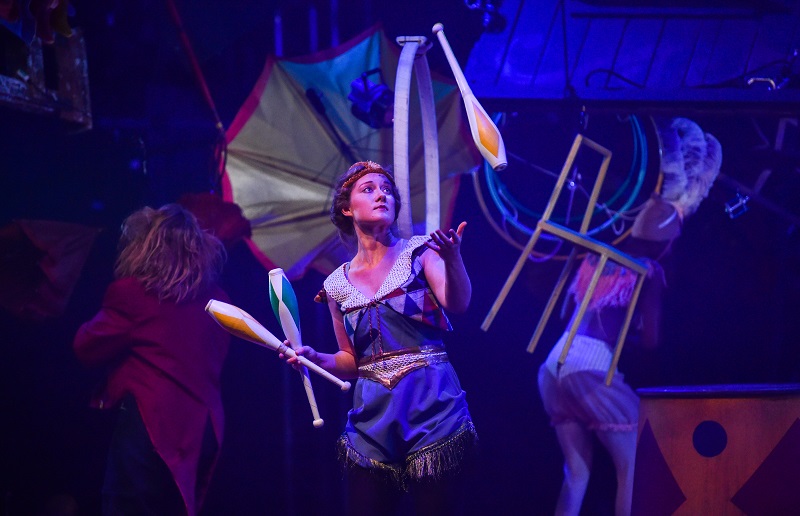 Character Background: Janet was involved with a professional juggler and followed him into circus life. He taught her how to juggle, hoping that one day she would join his act. Despite her talent, Janet was always too reserved for the stage and preferred to assist him instead. She did make a promise to work on her stage fright and one-day juggle for the public. After the Explosion will Janet be able to honour her word?

What did she do in the Circus: Juggler’s assistant.

How was she involved in the Explosion: She was practising her juggling.

Favourite animal: Piglets and micro-pigs. She used to have them as a child.