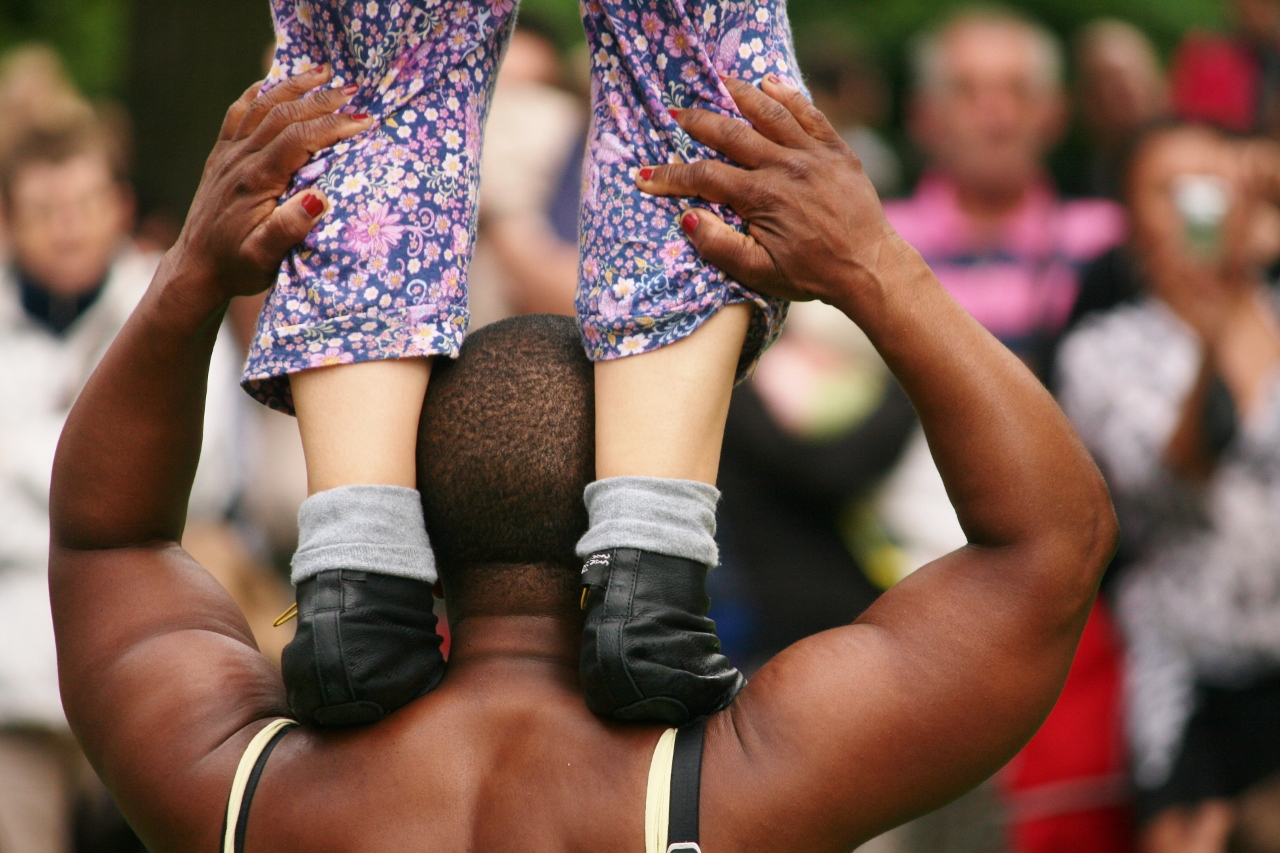 This is a guest post by Flora Herberich. Flora has worked in circus in a range of roles from performer to producer; she’s currently circus associate at Jacksons Lane. This article originally appeared on The F-Word, on July 11th 2016.

Sawdust and sisterhood: I’m shamelessly borrowing my title from a new book with a very similar name by researcher and author Steve Ward. The book examines how traditional circus empowered women way before the suffragette movement, allowing them to achieve the extraordinary in an otherwise male-dominated world.

At the end of the last century, new circus began to emerge as an art form, with strong women again playing a key role. The early pioneering companies in the 1980s and 90s, for example Circus Oz and Vulcana Women’s Circus, often played with gender norms and expectations in their shows.

The physical strength of women who train in circus is a really important element in defying expected gender roles. Women’s bodies aren’t often portrayed as being strong and too often in our society have to conform to notions of elegance and beauty, qualities which rarely question the viewer, but can merely be judged by them. The aerial artist Ellie Dubois comments on this phenomenon in her show Ringside: a close up, one-on-one experience, where the viewer and artist confront each other and the viewer’s perceptions are challenged.

And what about other contemporary sisters of circus? As circus is becoming more embedded in our cultural landscape and more accepted as an art form as well as an entertainment, is it conforming more with the dominant male gaze, following the stereotype of the artist as ‘male genius’? And therefore: are female circus creators as successful as their male counterparts? Can they be?

I’ve worked in circus for the last 15 years in a range of roles both on and off stage. In recent years, along with a lot of the rest of the industry, I haven’t been able to help but notice that a lot of successful touring shows, especially on the international circuit, have become quite male-dominated. We’ve had the likes of Racehorse Company with their shows Petit Mal and Super Sunday, Cirkus Cirkör’s Underman and Barely Methodical Troupe’s Bromance – all (big) successful shows, and there really hasn’t been a female-led show of an equivalent size and success level.

In response, some Nordic artists have recently been making all-female work like Vixen by Tanter, Mad In Finland or the slightly awkwardly-titled Gynoides Project. Here in the UK we have two very notable female-led companies, Upswing and Mimbre. Mimbre in particular have recently produced an outdoor show with quite a strong feminist take on a day in the life of an ordinary woman (catch it at the Brighton Festival on the 12th-13th May).

Whilst it’s obviously great that artists have responded to this male-dominated time in circus with female-led work, I think there’s a danger of falling into a trap of ‘othering’: whilst the male work speaks of the human condition – being made by (white, straight) men and therefore occupying the centre ground – the female work concerns itself with the female condition, i.e. not being male.

What to do? Personally I’d love to see more circus artists making work where female performers and artists can make statements and express their opinions and physicality in a less gendered way, but is this possible? Will we ever arrive at a stage where work by women can be shown without being labelled as being “by women”, but simply as work. Does this really still need to be an issue? Or, conversely, does the work itself have a certain bent that means that the label women-led is helpful?