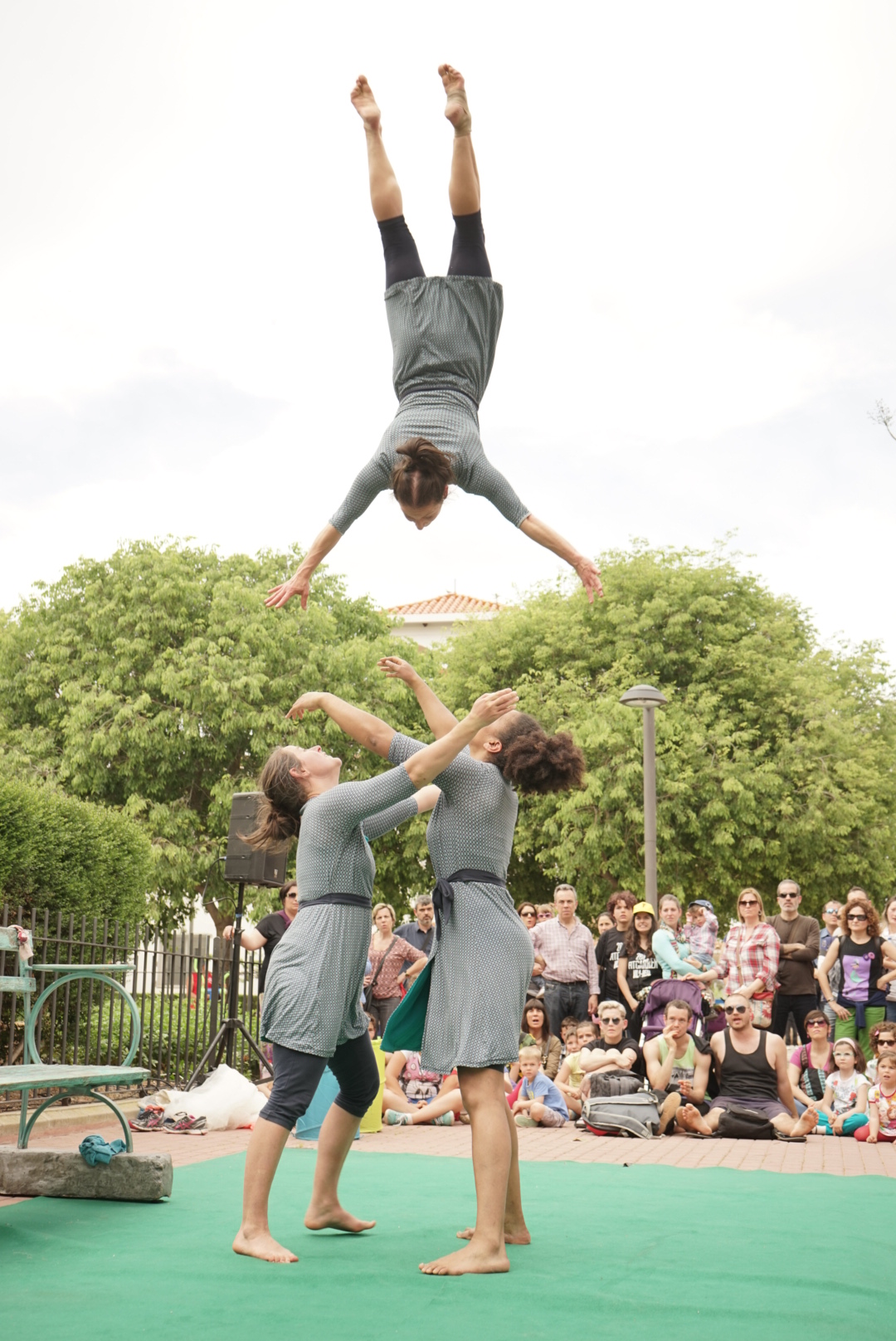 Silvia hates to fly – which workouts for her, as more often than not the whole cast (and sometimes their little ones) climb into our big old van and drive cross country to get to gigs.

Earlier this May, the tour started off with a flight to Spain and taking the van was not an option. She was already feeling slightly nervous. Understandably; it was the first gig of the season, and she did have to spend 4 days away from her family. This all left her feeling slightly grim.

I remember running into her before she left for Spain and gave her what I thought she needed; a big good luck hug!

Turns out – she didn’t really need it after all, as in her own words,’ Spain was AMAZING!’

The ladies landed in sunny Madrid and went straight to Villarreal – it was already incredibly warm and sunny with a high of 27° C – a stark contrast to London’s (usual) damp weather.  Despite sizzling temperatures the first gig went fantastically well. All three performers particularly credit this to a very supportive audience that wowed and cheered at every trick. As Martha puts it: “they were so present throughout the show – we really had loads of fun on stage, being really silly with the characters and enjoying every minute of the tricks”.

The second leg of the Spain tour took the ladies to a town straight out of a fairy tale – Toledo.

Toledo was declared a world heritage site by UNESCO in 1986 for its extensive cultural heritage. It is also known as the “City of Three Cultures”, having been influenced by a historical co-existence of Christians, Muslims, and Jews (info from wiki). Silvia described it as beautiful city with cobbled streets, surrounded by walls made out of old Spanish stone. Here is a picture, courtesy of google search, to illustrate.

They also found a supportive and dynamic audience in Toledo, and ran into Until Now’s director Leandre Ribera, performing his new show Iceberg, and old friends from the touring circuit Cia La Tal. After the shows, they all retreated to a lovely restaurant to feast on a typical Toledo menu (except Martha who only ate eggs).

And the occasional monkeying around…

The first gig of the season is really important, it sets the tone for the summer to come – and with such a lovely start, Silvia finally managed to relax on the flight back home.

If you would like to come watch our show, do look at current tour page. You can also keep up with the ladies and our news by subscribing to our mailing list!