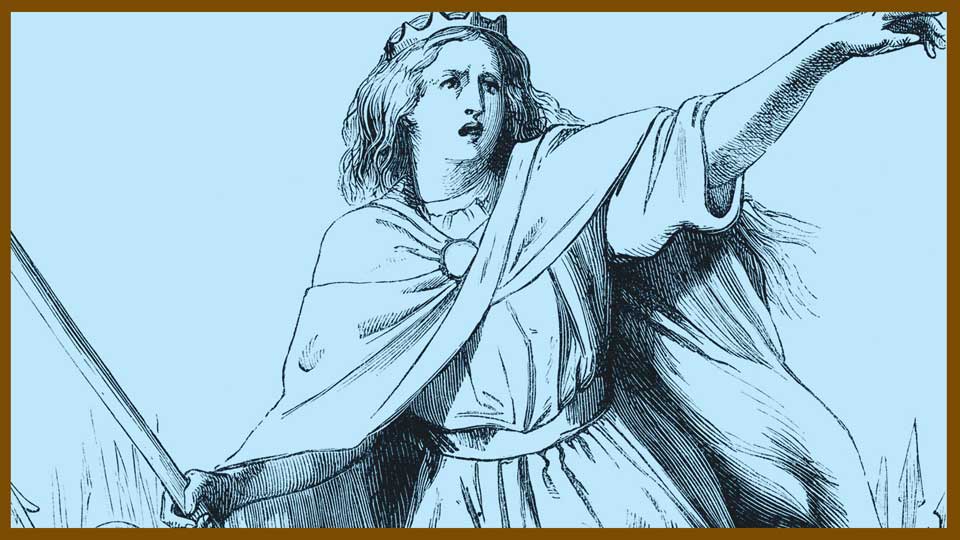 In the final instalment for our Women’s History Month series, we’re featuring a double entry. The first one is from our Mimbre’s Executive Director (and in–house author extraordinaire)’s mum, Carole Lovett, and is something of a scathing attack on medieval mystic Margery Kempe. We’ll have some more positive thoughts about women afterwards, but in the meantime, enjoy this evisceration of a supposedly important figure from women’s history…. Both women hail from Norfolk and this is their take on some historical and current women of the East.

I need to be very clear about my feelings for Margery Kempe right from the beginning of this article. I have never liked her and I have never respected her. She is regarded as one of the great English medieval mystics by many otherwise intelligent people and, in my opinion, they should be thoroughly ashamed of themselves for falling for her brand of pseudo-religious claptrap. It makes me wonder how many of them have actually read her book, The Book of Margery Kempe. (The edition that I shall be giving page numbers for in this article is Penguin Classics, Penguin Books, 1985.)

Having come to her written explanation of herself knowing absolutely nothing about her beforehand,  what I read off the page both astounded and confounded me. After many years of studying her history, and I do seem to be dogged by her, my initial feeling that I was not participating in the experiences of a true and valid ‘mystic’ has never wavered.

Kempe began life as Margery Brunham and was born in the town we now know as Kings Lynn in about 1373. Her father was a wealthy business man who served as mayor five times and became a Member of Parliament. Her early life, then, was privileged and comfortable and I suspect that it left her with a lifelong sense of entitlement. As Kate Parker says ‘It was the accident of her birth, her position as John Brunham’s daughter, which gave her all the faculties she needed to become the Margery of the Book. (Kate Parker, Lynn and the Making of a Mystic, A Companion to The Book of Margery Kempe, Brewer, 1984, 57).

She never learnt to read at a time when reading was a normal accomplishment for any middle-class woman. ‘Most women in late Medieval England who received any education would have learned to read in their home.’ (Jaqueline Jenkins, Reading and the Book of Margery Kempe, A Companion to the Book Of Margery Kempe, Brewer, 1984, 113). My own feeling as to why she never learned is that she was an over-indulged and extremely wilful child. As the apple of her father’s eye she would have had to do nothing that she did not find congenial. I imagine that a cleric, hired to pass on his learning, would have been completely nonplussed when faced with the infant Miss Brunham. As a favoured child and then an eligible young woman she would have been endlessly flattered and the centre of attention. Not having been gifted with even the slightest facility for introspection every fawning word would have been regarded by her as the absolute truth.

By the time she married John Kempe, a fellow merchant of her father’s and one of the gentlest and most long-suffering men that nature has ever produced, everything was in place for her to transform herself into one of God’s anointed. The birth of her first child (and she says that she had fourteen altogether) was difficult and left her in an extreme state of psychological distress. However, in the depths of her despair she reported that Jesus spoke to her, ‘sitting on her bedside’ (42) and told her that everything was going to be fine. This set the pattern for the rest of her rambling, quasi-religious ‘visions’. Whatever she did and whatever had gone wrong it would be revealed to her that it was not her fault but only part of God’s plan because she was his favourite (56).

She had a lot of these visions, always self-justifying and always singularly prosaic. Not one of her reported conversations with God contains anything new or remarkable. Why do not more people see that they are always a rehash of what other people had reported and that she had had read to her?

Now for the star turn, the piece de resistance that would carry her down the ages. She developed a knack of crying, great loud sobs and real tears and everything, whenever anyone was fool enough to mention anything pertaining to the life of Jesus. This was a particular nuisance in church, obviously, as Jesus is mostly the subject under discussion. Poor John Kempe had to give up sexual relations with her so that she could marry Jesus (88). She took to wearing white (140) because God wanted her to (so no arguing with that).

She travelled extensively and during a visit to Venice, en route to Jerusalem, she added another string to her saintly bow. Just in case there might still be some people who were not looking at her she began to scream or ‘roar’ (104). Her fellow travellers were not amused. This is one of the extraordinary facts about this ghastly woman, even during her own time there was a strong and voluble opinion that she was, to put it politely, completely out of order.

She travelled to Jerusalem and the Holy Land, northern Italy, Santiago de Compostela, Norway and northern Germany all the while crying and screaming and falling down in fits. Those of her travelling companions who longed only for spiritual contemplation must have sometimes felt murderous. When nearing her sixtieth year she began to attempt her autobiography which she, quite clearly, regarded as a justification of her sainthood. She had to dictate it to various scribes and do it from memory alone so dare I say that its self-regarding accuracy is debateable. Throughout the book she refers to herself as ‘this creature’ and if anyone can think of a better example of screaming false modesty then they deserve a prize.

In conclusion, although she was not wicked or deliberately deceitful, she was a dreadful woman both ‘irritating and conceited’ (Louise Collis, The Apprentice Saint, Michel Joseph, 1964, 258). I cannot pretend otherwise.  However, after tens of thousands of decent, intelligent and generous women have gone to their graves unsung and completely erased from history , by sheer arrogance and effort of will her name is still remembered. She is an object lesson to the fact that to be a thorn in the side of society, to persist with one’s own agenda and to take no notice whatsoever of the opinions of other people is a very effective way forward. For that, although I admit it through severely gritted teeth, I do admire her.

As Nelson nearly said, I am a Norfolkwoman and glory in being so, and so for this post I’m going to write a little bit about the Norfolk women who inspire me. Norfolk is a strange county, we’re slightly cut off from the world (the A11 only became a dual carriageway in 2014), and so we tend to go our own way, make our own decisions, and not mind too much when we go against what’s expected of us. This means it was an excellent place to grow up a feminist.

You will note that Margery Kempe is not in this list.

Boudicca, Queen of the Iceni

One of the things that has often been underappreciated about women is how often we pick up the reins/pieces when men step down/die. Boudicca became the queen of the Iceni, a British tribe under the rule of the Roman empire in AD43 when her husband, the king Prasutagus died. Instead of letting her or her daughters inherit the kingdom, the Romans took over direct rule of the kingdom, and Boudicca rebelled. The armies she raised destroyed the Ninth Legion, Colchester and London, before being finally beaten by the Romans. So Boudicca lost in the end, but they never captured her, she died before they could.

At times of stress in the Mimbre office (which are, thankfully, infrequent) you might hear me mutter “all shall be well, and all shall be well, and all manner of thing shall be well” under my breath. These are the words of Julian of Norwich, a Christian Mystic who was a contemporary of Margery Kempe and the author of the first book to be written in English by a woman. Julian had several visions of Christ when recovering from a near-fatal illness, and in the opinion of me and my mum, is the real deal (whether or not you believe she was actually being visited by Jesus, she truly believed she was).

Fry worked to improve prisons, abolish transportation and end slavery. One of the things that strikes me about her is how practical and hands-on she was with her work: she spent the night in prisons and provided prisoners who were to be transported with fabric and needles so they could sew quilts during the journey. She also argued their case with MPs, Queen Victoria and Frederick William IV of Prussia. The work she began is carried on today by amazing organisations like Clean Break.

Cavell, a nurse working in Brussels, was shot by a German firing squad on the morning of the 12th October, 1915 after being found guilty of treason for helping many soldiers, British, French and Belgian, out of German-occupied Belgium. It seems she was not interested in which ‘side’ of the war she was on; before her death she said that “patriotism is not enough. I must have no hatred or bitterness towards anyone”. Cavell did what she thought was right without paying much attention to the consequences. I aspire to have her level of bloody-mindedness.

You might not have heard of Cathy Dennis, but you’ve definitely heard her songs. We have Dennis to thank for the pop classics ‘About You Now’ by the Sugababes, ‘Can’t Get You Out Of My Head’ by Kylie Minogue, ‘I Kissed A Girl’ by Katy Perry and ‘Toxic’ by Britney Spears. But I think I’ll finish this post with one of her own top 10 hits ‘Touch Me (All Night Long)’. Enjoy!