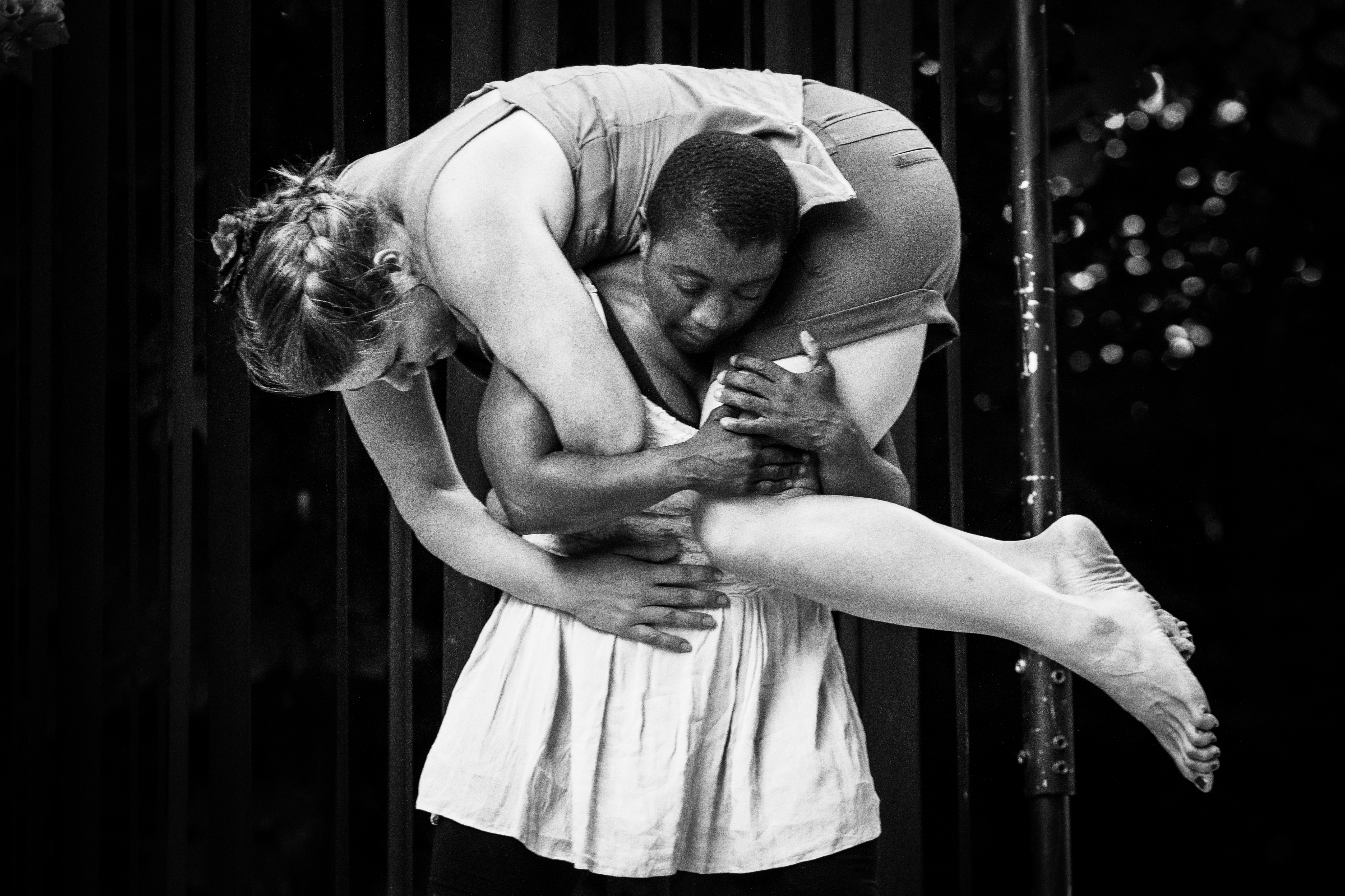 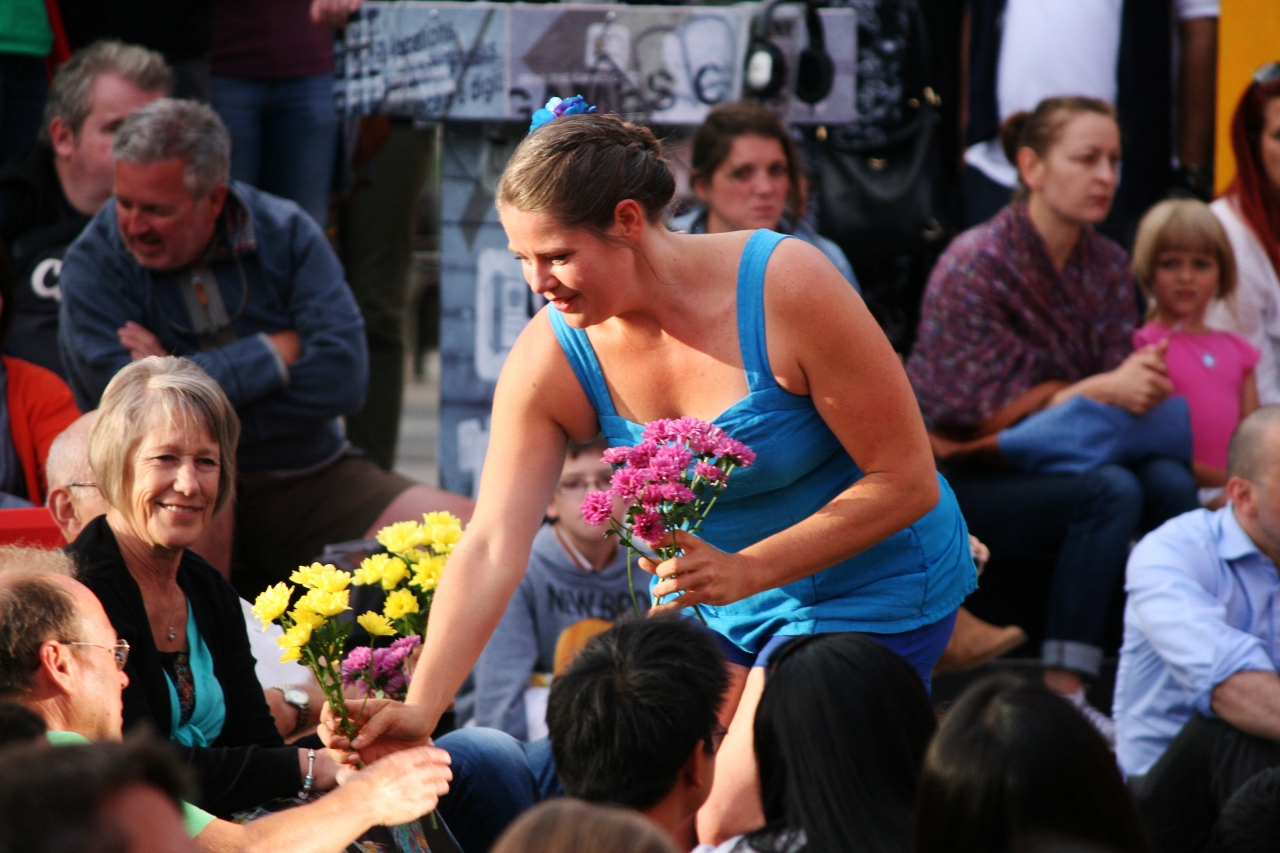 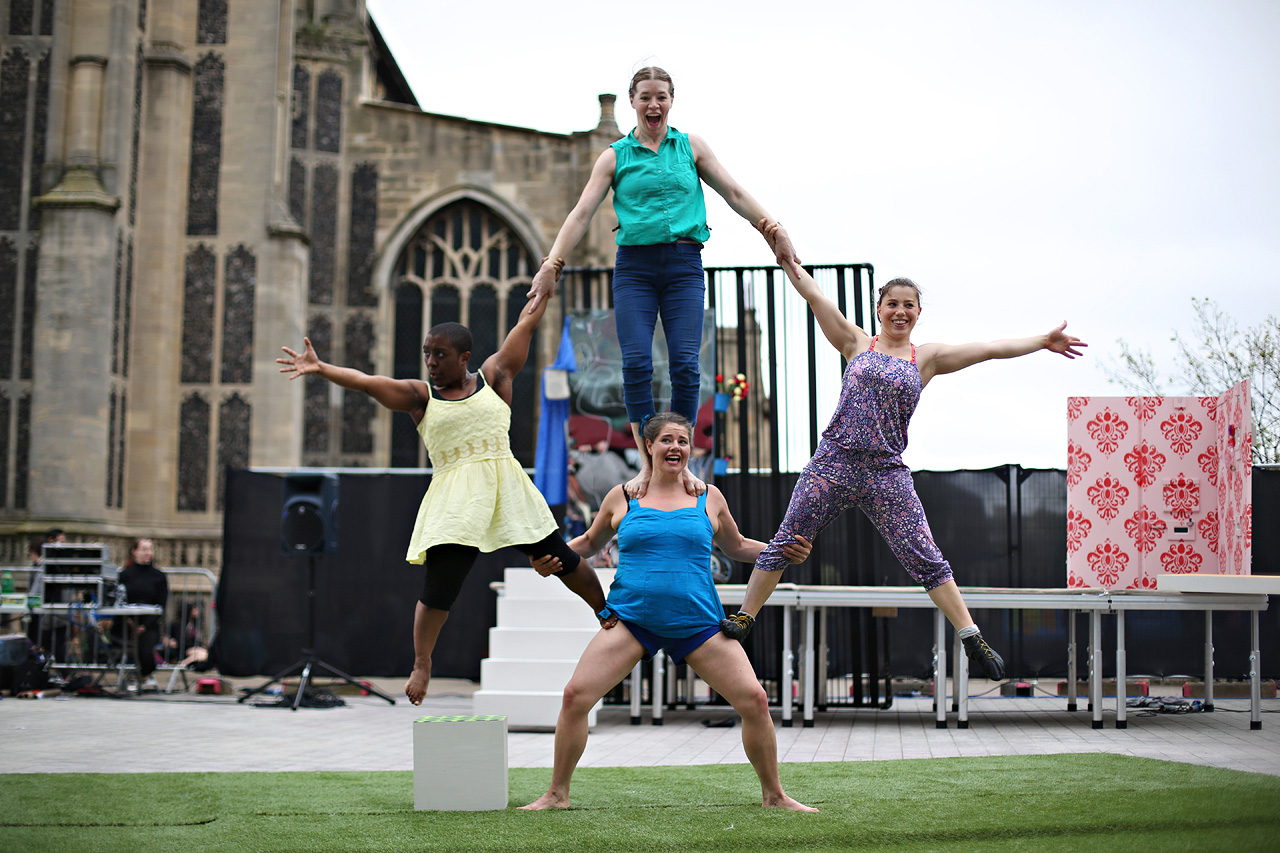 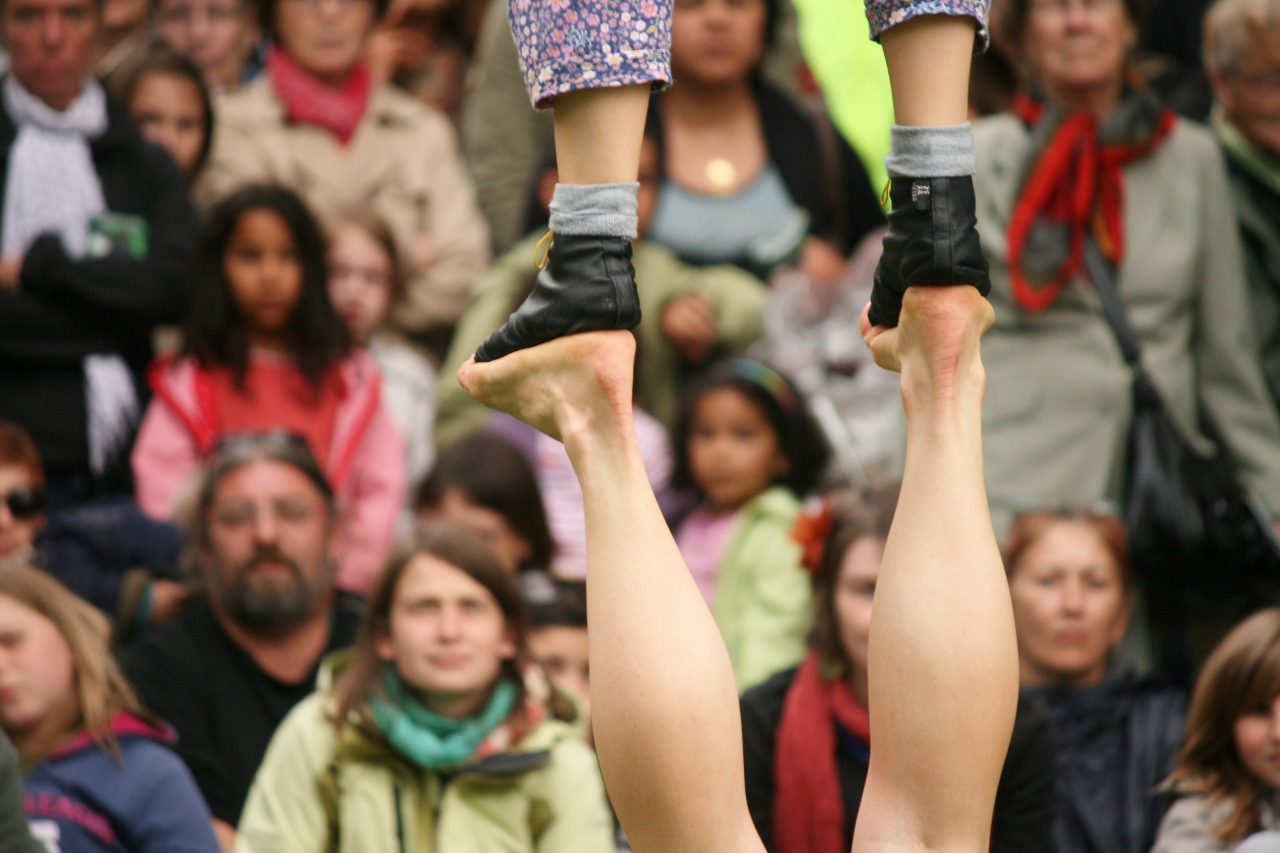 A physical tale of four women and what makes them who they are. There is no such thing as a perfect body, but each one is extraordinary. From the UK’s premier all female street theatre company, using acrobatics, dance and humour, Falling Up celebrates the beautiful reality of every body.

A medium scale acrobatic theatre production designed for audiences on the street, in parks and squares or any other public space. Pick a character and follow her story, from solo performance to beautiful finale, as she explores her weaknesses and her amazing strengths. The audience will move around the perimeter of the performance space, beginning in four groups each following one performer. As the characters meet so the four audiences come together into one crowd, watching one story.

Made with support from: Trinity Laban Theatre, Made in the Lakes, Without Walls.