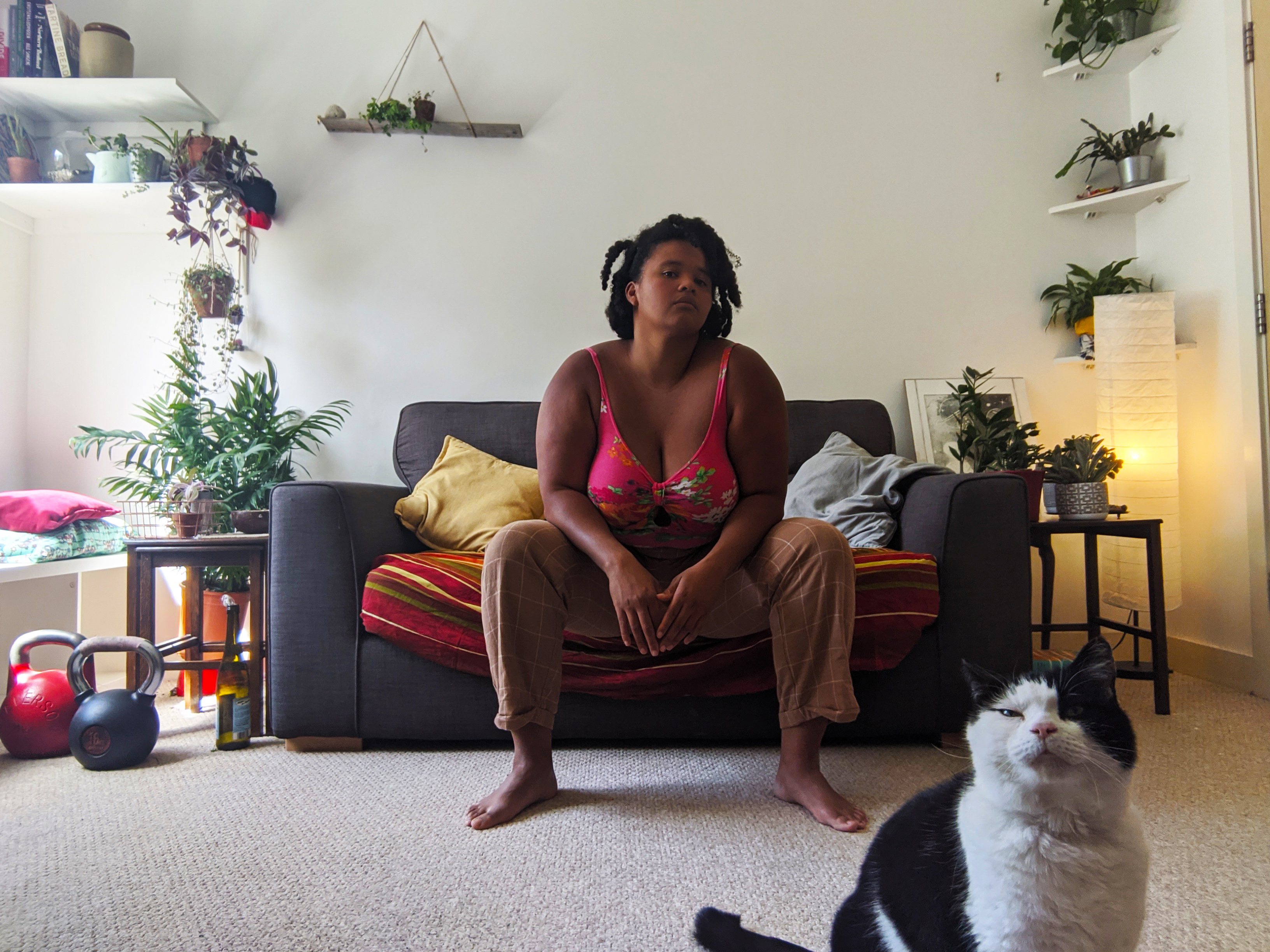 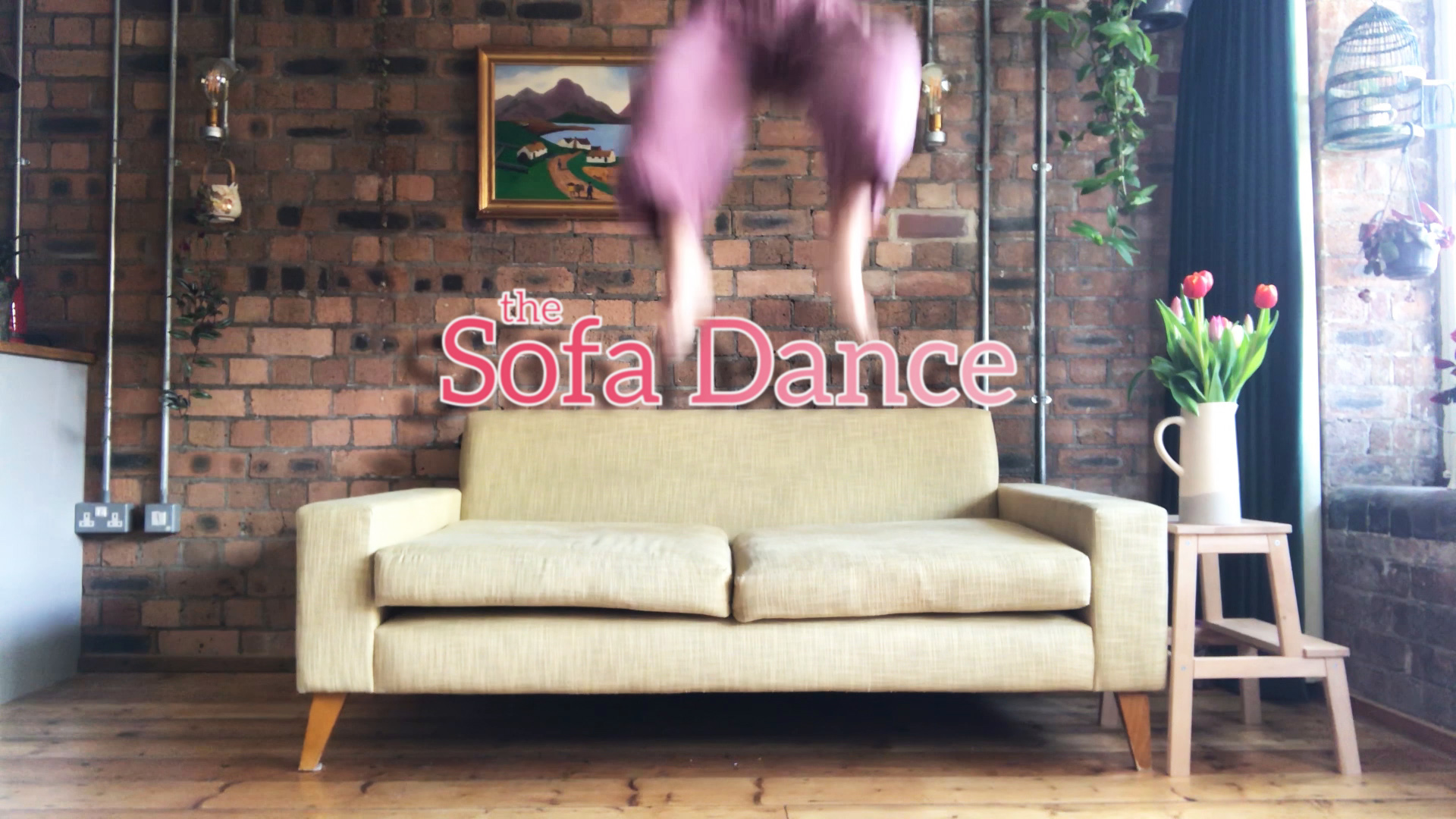 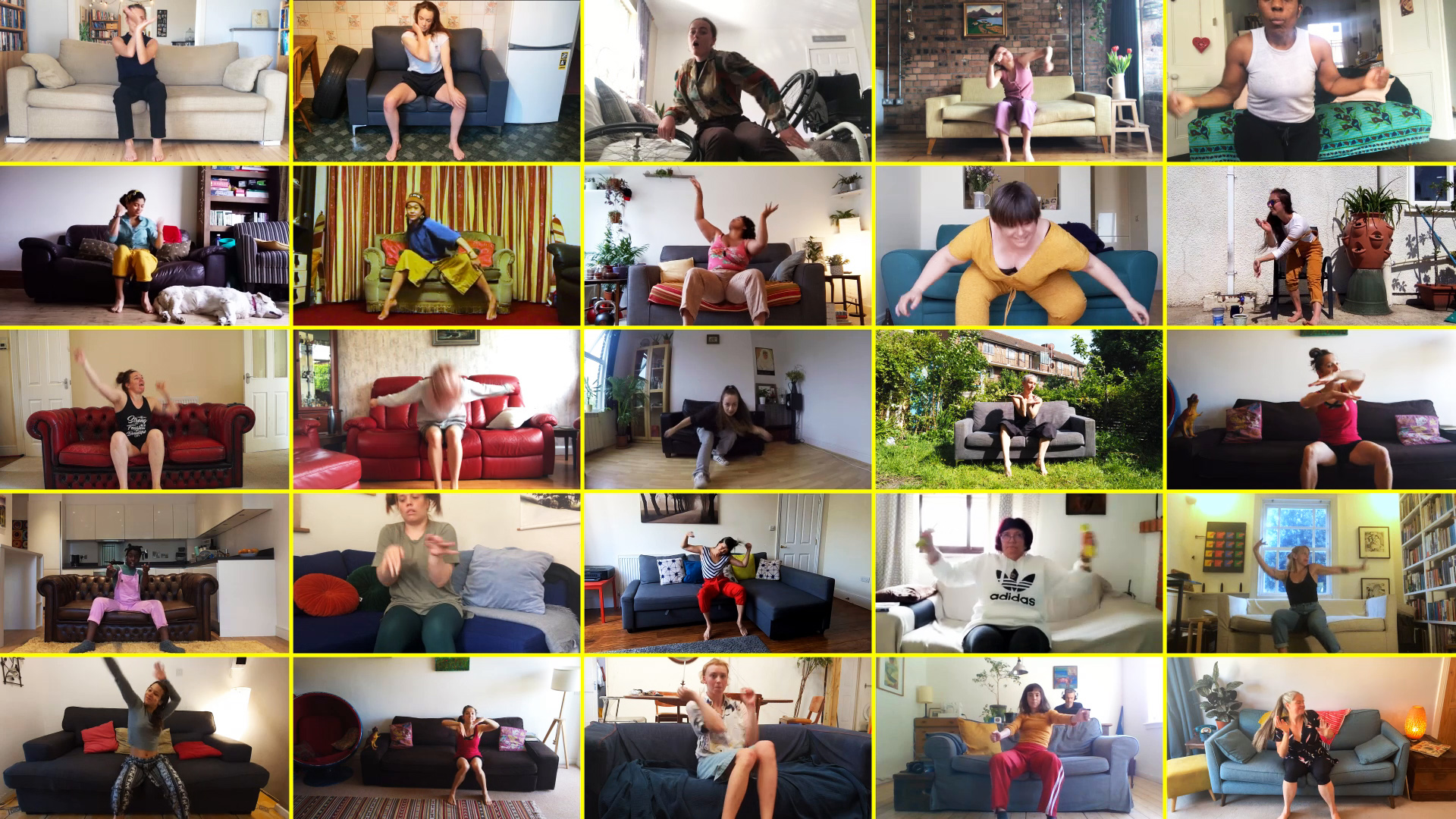 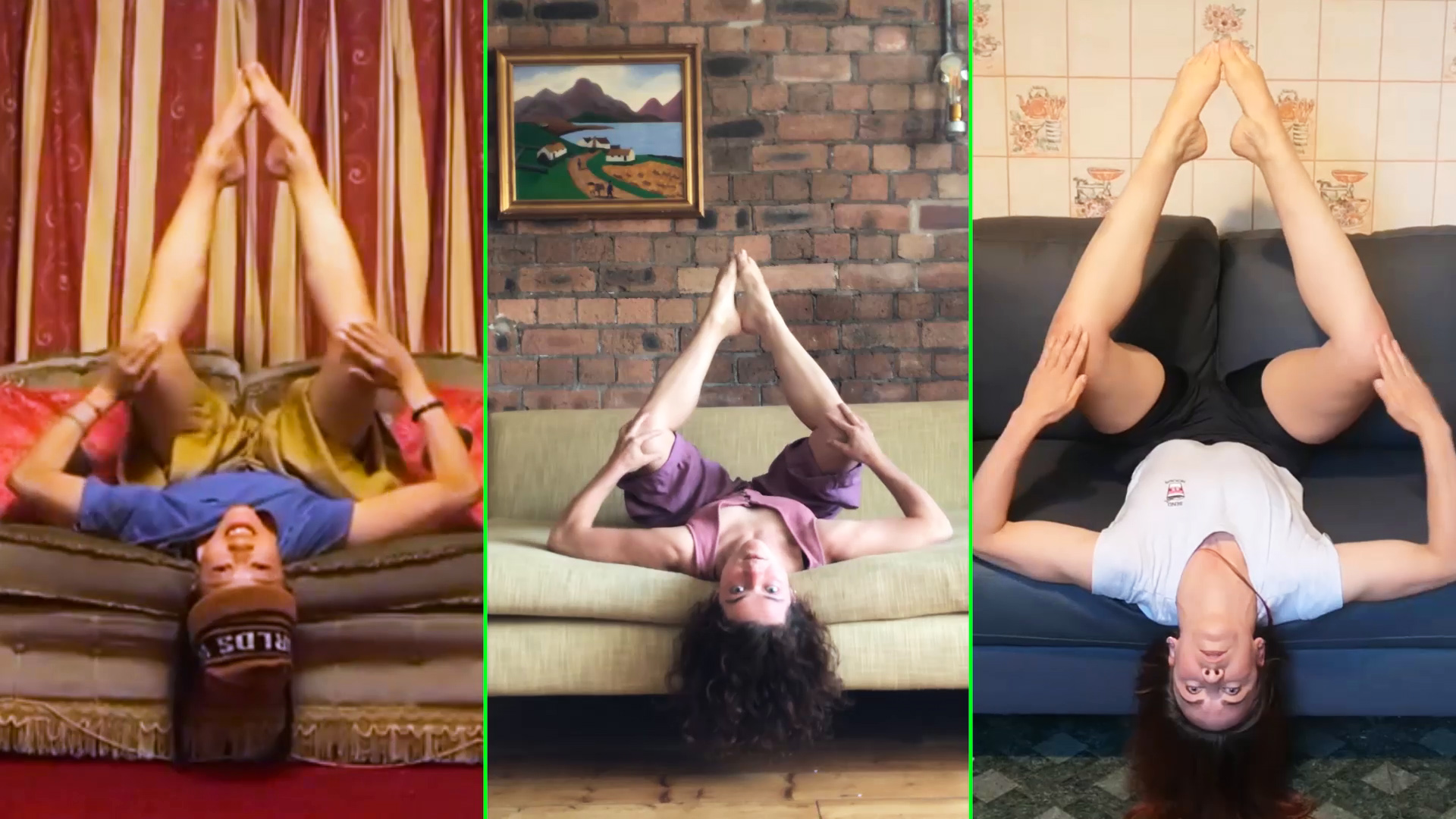 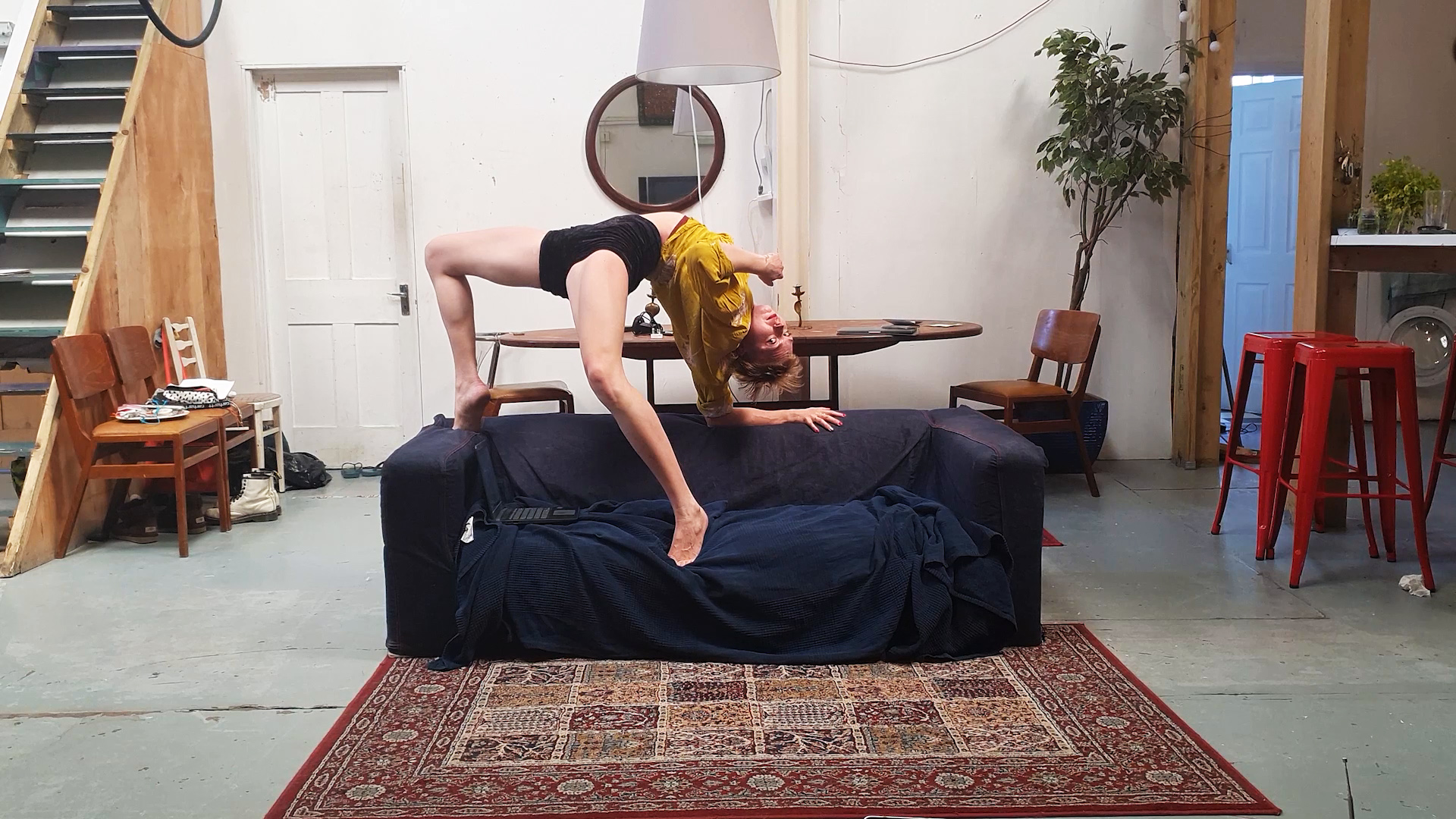 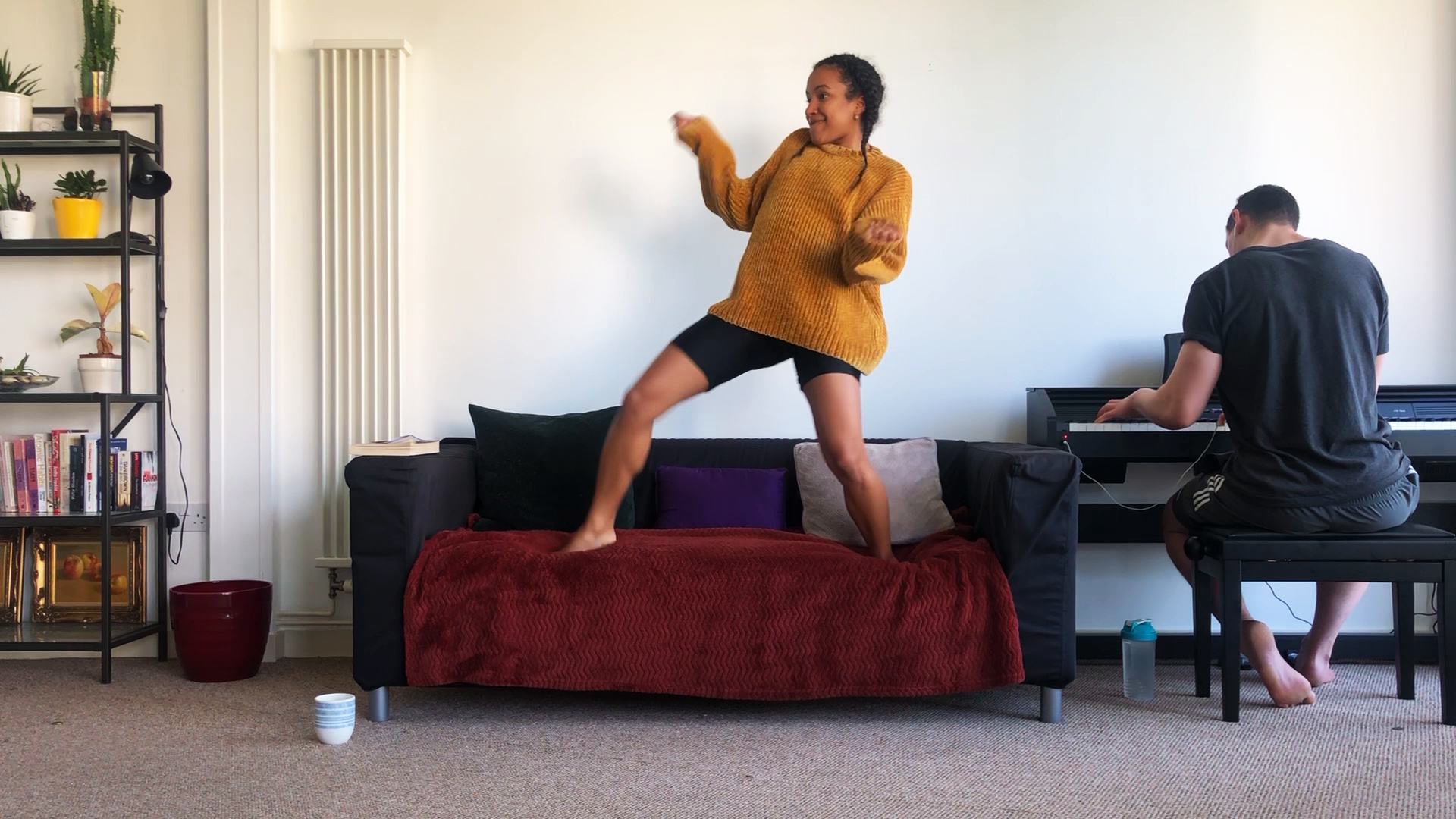 The Sofa Dance is a short film by filmmaker Arthur Le FOL and Mimbre as part of  BBC Arts’ Filmed in Lockdown.

When the world is no longer your stage… 30 acrobats physicalise the shared exhaustion, frustration and complications of living within drastically limited space, creating absurdity and beauty while stuck on their sofas. A short film that gives a snapshot of the extraordinary spring of 2020 and how differently we all dealt with it, finishing with an invite to the viewers to share their own experiences from the comfort of their sofas.

Filmed in Lockdown is a series of new works of literary, musical, visual, and performance arts, supported by Sadler’s Wells, commissioned for Culture in Quarantine by Arts Council England, BBC Arts and The Space.

The film was available to stream for a year on BBC iPlayer from July 2020.

It was also accompanied by #MySofaDance workshops at The Spark Festival, Re-Charge Digital Season and Dublin Dance Festival, run by the director and the performers of The Sofa Dance. A stand-alone Sofa Dance workshop was held at For The Love Of It 2021 (An Outdoor Arts UK celebratory online gathering held 26th – 28th March).

Head here for the Sofadancers bios.

Guest appearances, special thanks to
Our flatmates, families and partners