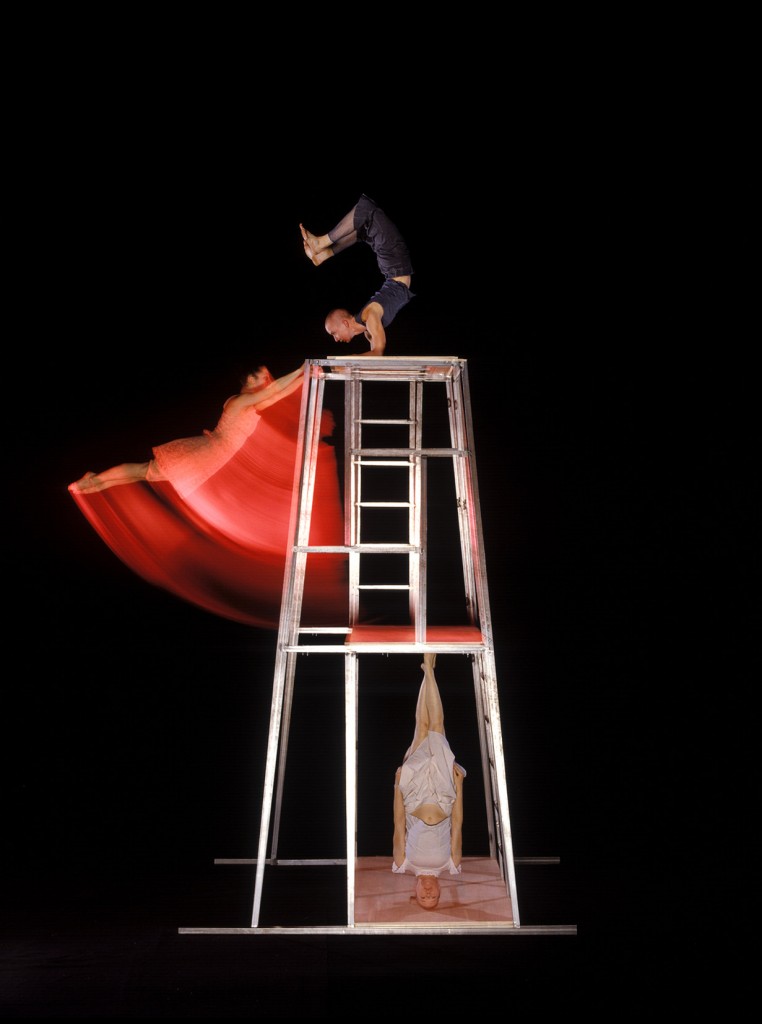 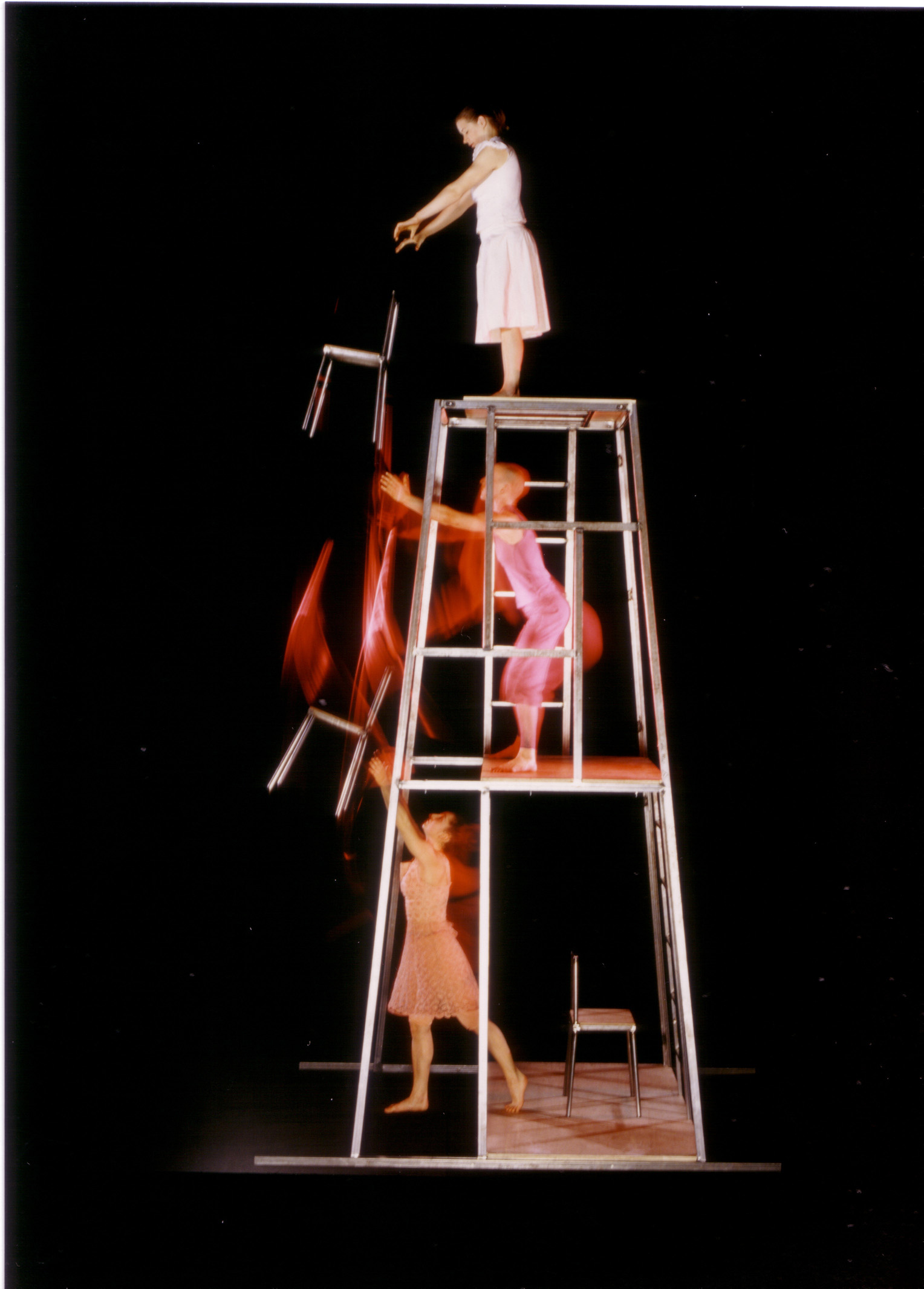 Trip-Tic unravels the story of three women, each with a secret to hide. Performed on and around three 4-metres high towers, this is a piece of highly visual acrobatic theatre enriched by a beautiful musical score – a show of physical brilliance, humour and beauty in a unique style of dynamic acrobatics.

“Tightly disciplined, beautifully choreographed, with moments of physical daring that took the breath away, this was high art indeed – ballet for the 21st century.”

“The three-some kept their watchers enthralled in a display which appeared endlessly inventive and imaginative, often humorous but always with a dark side. Beauty, danger, menace and sheer physical ability combined to make Mimbre and their Trip-Tic shows one of the high-spots of Jour de Fete.” Bexhill Observer